The Jule Collins Smith Museum of Fine Art at Auburn University became the first American museum to present a solo exhibition by Masaomi Yasunaga, a Japanese artist regarded for his experimental forms, when it opened for the spring semester on Tuesday, Jan. 24.

“In Holding Close” is on view until Sunday, May 7, in the museum’s Grand Gallery and Fuller E. Calloway Box. Southern-made objects, including more functional ceramics, are contrasted with his work and exhibited concurrently in the Noel and Kathryn Wadsworth Dickinson Gallery and Chi-Omega-Hargis Gallery. Museum administrators scheduled these two engagements around the Alabama Clay Conference, which will meet in Auburn for the first time in its 38-year history. Museum admission is free.

Rather than building structures from clay, Yasunaga works with glazes, soils and other raw materials, encasing them in sand or clay layers for firing. Once the form cools, he excavates the vessel’s remains, challenging what is known about sculptural pottery and the concepts of time.

Conversely, the companion exhibition of collection objects and loans examines more traditional forms and techniques. As distinctive as Alabama red clay, pottery and stoneware play a significant role in Southern culture. The 40-plus works in “Clay Body—Pottery and Stoneware of the Southeast” are gathered from the university art collection and private lenders, some of whom are alumni. Despite their simplicity, advanced skill is evident.

The makers’ creativity elevates functional objects and sheds light on the state and her people for more than 200 years.

“As an academic museum, The Jule serves university audiences and the people of Alabama through instruction and outreach,” said Cindi Malinick, executive director. “When the organizers of the conference named Auburn as the host site for the statewide event, we recognized the opportunity to teach with art objects to reveal a variety of styles and treatments reflecting a wider breadth of what is possible through this medium.”

Malinick added that the exhibition appeals to students in other disciplines beyond art and design, such as geology, chemistry and history.

Located on Auburn’s campus, the Jule Collins Smith Museum of Fine Art is the cultural heart of an Alabama public research institution serving students, faculty and Southeastern constituents. The university art collection features works spanning the 17th to 21st centuries and includes photographs, works on paper depicting the South, ceramics and Southern visionary art. Accredited by the American Alliance of Museums, the museum celebrates in 20th Anniversary in August 2023. For more, visit the museum’s website. 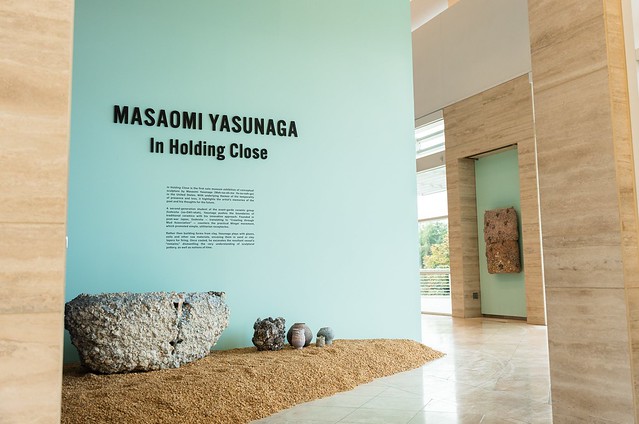 The Jule Collins Smith Museum of Fine Art at Auburn University is the first American museum to present a solo exhibition by Japanese artist Masaomi Yasunaga. (Photo by Mason Williams) 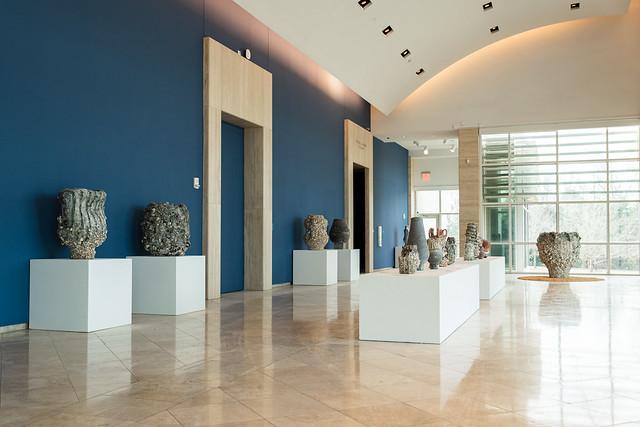 The exhibition "In Holding Close" is on view at the Jule Collins Smith Museum of Fine Art at Auburn University until May 7 in the museum’s Grand Gallery and Fuller E. Calloway Box. (Photo by Mason Williams) 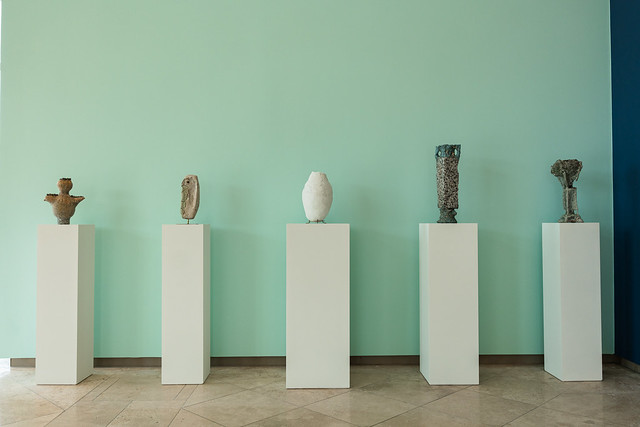 Southern-made objects, including more functional ceramics, are contrasted with Masaomi Yasunaga's work and exhibited concurrently in the Noel and Kathryn Wadsworth Dickinson Gallery and Chi-Omega-Hargis Gallery. (Photo by Mason Williams)