That advice saw her through two doctoral programs—the first at Tsinghua University, where she studied protein separation and spent her time in the laboratory doing experimental work, and a second at the University of Texas at Austin, where she focused her work on control theory and developed her acumen for computation work while also working full-time for Advanced Micro Devices Inc.

“When I told my advisor that I got this full-time job offer to work in industry, he was like, ‘Oh no! You want to stay in school, get your degree, do a postdoc and work at a university,’” she recalled. “The offer was too good to pass up, but I did take his advice, and I kept publishing, I kept doing research and then after I graduated, I realized my advisor was right.”

The Walt and Virginia Woltosz Professor of chemical engineering then landed at Auburn University in 2006 and threw herself into academia full-time. With an innovative focus on process identification and control, systems biology and biochemical engineering, her research portfolio in the Samuel Ginn College of Engineering has bloomed over the past 16 years. Projects under Wang’s leadership have included studies on smart manufacturing, biogas conversion and the process of turning organic agricultural waste into bioplastics.

She has 76 peer-reviewed journal publications, 14 patents issued by the U.S. Patents and Trade Office and has given numerous invited conference presentations all over the world. Earlier this year, Wang was named a senior member of the National Academy of Inventors—the first Auburn faculty member to achieve that rank. She has received numerous other awards, including the Oak Ridge Associated Universities Ralph E. Powe Junior Faculty Enhancement Award and the Auburn Engineering Council Senior Faculty Research Award.

And for her latest achievement, Wang was named the 2022 recipient of the Creative Research and Scholarship Award. Auburn’s highest research honor for faculty recognizes those faculty members who have distinguished themselves through research, scholarly works and creative contributions. Wang’s award is in the sciences, biomedical sciences, engineering and agriculture category.

“Dr. Wang has clearly established herself as a research leader and innovator through her novel research on process control (focus of her doctoral research) and the systems biology efforts she has initiated while at Auburn. Her research is certainly quite innovative, and she has forged a path in an entirely new and important area of synthetic biology for our college of engineering,” said Mario Eden, the Joe T. and Billie Carole McMillan Professor and chair of the Department of Chemical Engineering. “Dr. Wang is one of a very select group of researchers who were trained as computational scientists and then went on to establish their own experimental laboratory. Most computational researchers, including myself, rely on collaboration with experimentalists when expanding into new research areas.

“While extremely challenging, Dr. Wang has successfully accomplished this transition and has now established an enviably strong track record and reputation in the field of systems biology and biochemical engineering. In fact, she is now being sought out for collaborations by the most eminent researchers in the field, which is a clear testament to the impact her work is having.”

As one of the few female faculty to have received the Creative Research and Scholarship Award, Wang hopes she is setting a positive example for female students at Auburn.

“I am really thrilled. It’s validation, not just for myself, but for my students in the past and present,” she said. “And if you look in the past, not many female researchers have received this award, so I do hope that I can be an encouragement to others.” 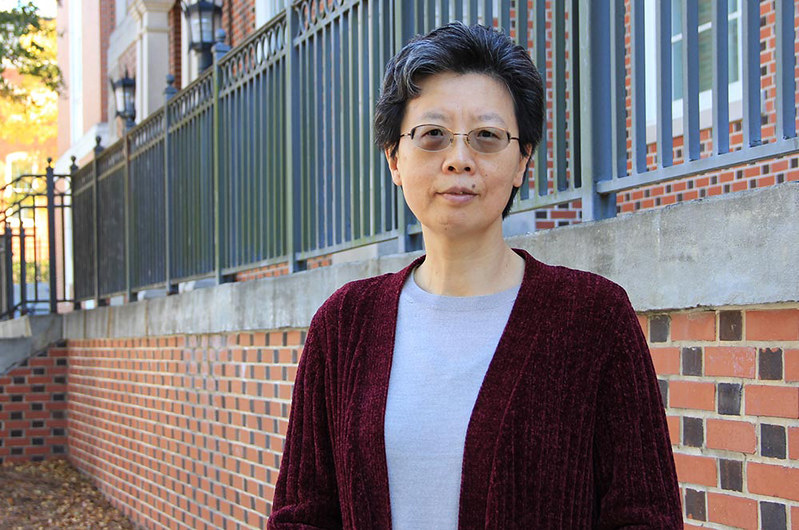 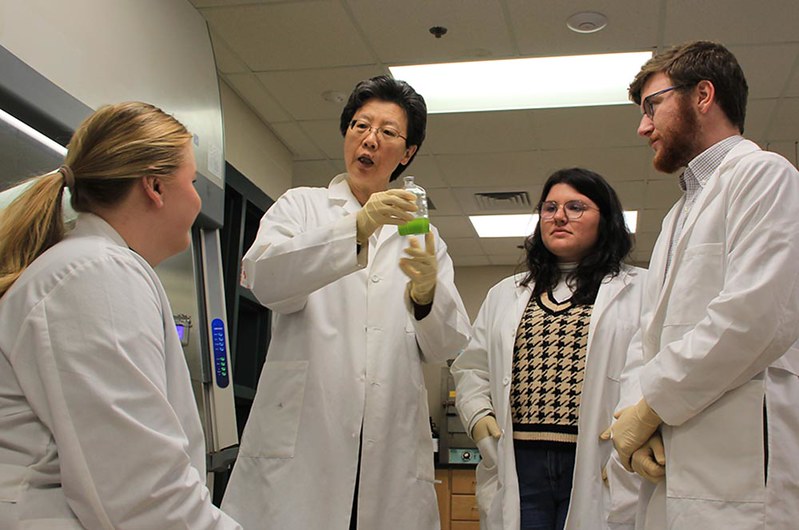