Auburn University’s Urban Studio, a teaching and outreach program in the College of Architecture, Design and Construction, or CADC, recently celebrated its 30th anniversary at a special ceremony at The Harbert Center in Birmingham.

“Tonight, we come together to celebrate 30 years of Auburn’s Urban Studio and its impact on the people of Birmingham and Alabama as a center for teaching and outreach,” Rogers said. “The skills and training that students receive at Urban Studio is transformative. It has jump-started careers, changed lives and allowed young professionals to forge paths they hadn’t known were possible.”

At Urban Studio—also known as the Center for Architecture and Urban Studies—students are immersed in the extraordinarily rich “laboratory” of downtown Birmingham, where their work includes professional seminars and studio design projects that typically focus on community development and urban planning. Their projects include illustrative neighborhood and town master plans, public-use building design for locations with the potential for significant urban impact.

“I’m sure that many of you have stories of personal challenges and triumphs you could share about your time at Urban Studio,” Rogers said. “This evening is a celebration of those challenges and triumphs, an opportunity to reflect on how Urban Studio, under the leadership and guidance of Frank Setzer, Cheryl Morgan and Alex Krumdieck, has touched all of us who are together in this room—and so many others.

“Over the past 30 years, the ideas generated and the work done in Urban Studio have made Birmingham—and countless communities, neighborhoods and small towns across Alabama—better places to live. Tonight, we celebrate that proud history and look forward to the future and to the rich possibilities and opportunities that that future holds for Urban Studio’s next 30 years.”

The studio, located at 221 20th St. N., has become a fixture in the city of more than 200,000 people. The off-campus venue presents exceptional opportunities for advancement of CADC’s commitment to outreach and engagement. The Urban Studio’s asset-based approach to community and neighborhood revitalization seeks out projects that can benefit Alabama and offer real-world investigations and learning challenges for students, faculty, interns and professional partners.

“Frank loved Birmingham,” Morgan said. “He saw so much potential here, and he harnessed the power of students—imagination, energy and their ability to dream big—to keep that potential on everyone’s radar, to keep discussions going, debated and visualized with project after project downtown and in particular along the railroad corridor.

“I, for one, am convinced that it was that forum, those projects, that crucible that ultimately made RR Park seem like a real possibility. What a legacy for that generation of students, and what a gift to the city he loved. Let me end by thanking the professional community for inviting us to Birmingham 30 years ago, for taking a risk with us and our students.”

Krumdieck revealed that Urban Studio will be moving to a new facility next year.

“Now that you’ve heard all about our deep and strong roots here in Birmingham, we are extremely excited about our future here as well,” he said. “Auburn University has purchased the Hood McPherson Building next door to this building [The Harbert Center]. As you can see from the drawings around the room, the space is beautiful and will further revitalize this part of Birmingham.”

Krumdieck also announced the creation of an endowment in honor of Urban Studio founder Frank Setzer, which was created by Auburn University Foundation Board Member Beth Stukes. The endowment features a $35,000 challenge gift from Stukes and Davis Architects and will be matched dollar-for-dollar up to $35,000 over the next year. Those funds, coupled with initial funds, will generate nearly $100,000 to help the studio with its work in Birmingham. 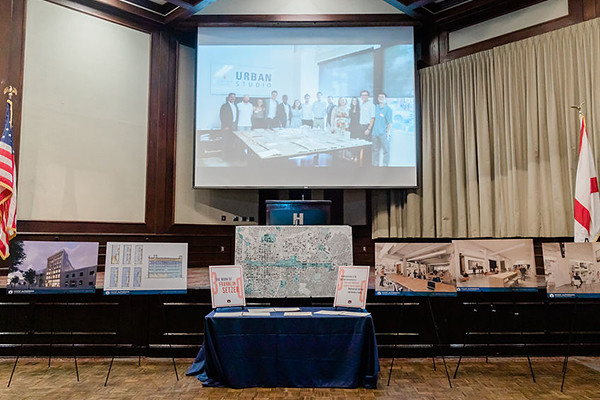 Auburn University's College of Architecture, Design and Construction celebrated 30 years of its Urban Studio calling Birmingham, Alabama, home during a special ceremony at The Harbert Center in Birmingham on April 26. 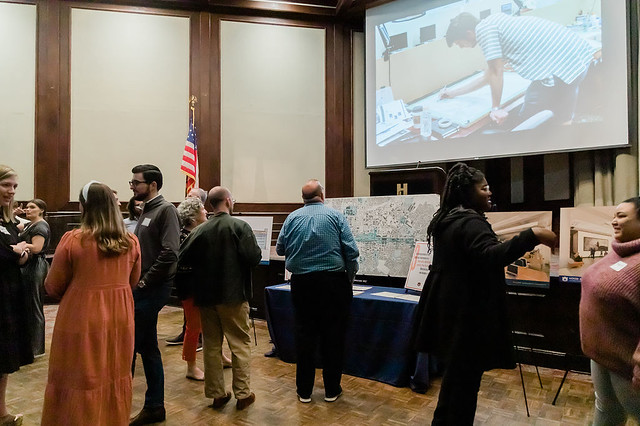 A distinguished group of Auburn University and Birmingham leaders gathered at The Harbert Center in Birmingham on April 26 to celebrate the 30th anniversary of the collaborative Urban Studio initiative. 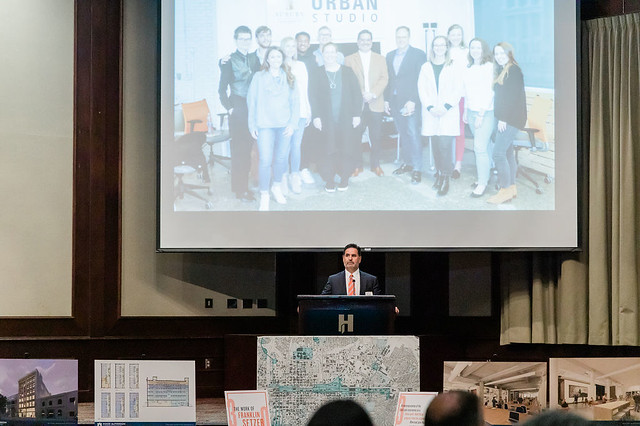 Urban Studio Director Alex Krumdieck spoke of the studio's bright future at its 30th anniversary celebration in Birmingham on April 26. 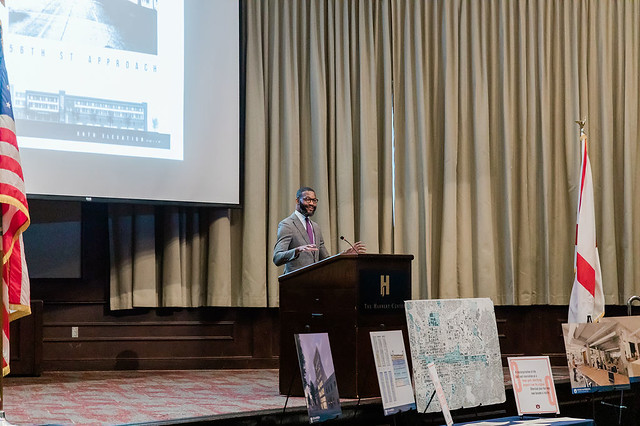 Birmingham Mayor Randall Woodfin was one of the featured speakers at the 30th anniversary celebration for Auburn's Urban Studio on April 26. 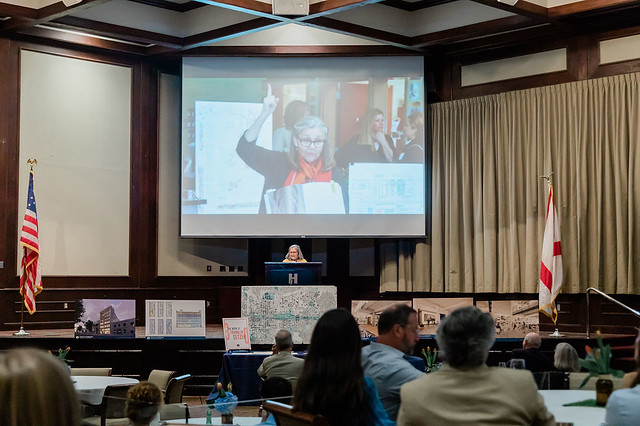 Former Urban Studio Director Cheryl Morgan lauded the exploits of the studio's founder, Frank Setzer, during her speech at the 30th anniversary celebration. 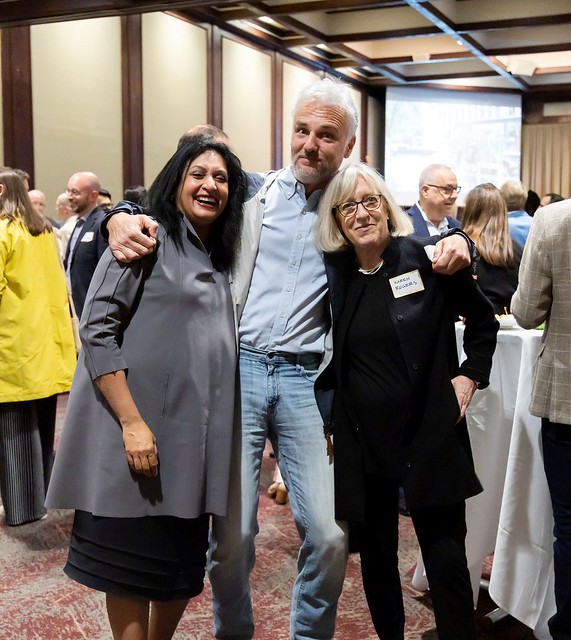