“FretHaus,” a guitar exhibition combining art, design and function, is on view at the Jule Collins Smith Museum of Fine Art at Auburn University through July 31.

For the first time, the museum is partnering with the School of Industrial and Graphic Design in Auburn’s College of Architecture, Design and Construction on the exhibition content, design and programming. Students in the 2022 senior thesis design studio conceptualize, prototype and ultimately produce fully functional guitars with a rock-n-roll-edge. The exhibition also features work from Professors Rich Britnell and Keith Medley—a professor of practice, master luthier and product development manager for Gibson Guitars—and creations from previous years’ studios.

The title combines the word fret, a common guitar component, with the German word haus to echo the term Bauhaus, an influential art school founded in 1919 in Weimar, Germany. Auburn’s nationally ranked Industrial Design program is rooted in the subsequent modern movement. Students taught by original Bauhaus faculty members established the Auburn program in 1945, making it one of the oldest in the country.

“Guitars are built on tradition. FretHaus is here to break that,” said Britnell, who directs the studio in the School of Industrial and Graphic Design. “Tradition often lacks innovation. As industrial designers, our purpose is to innovate.”

Whether a musical instrument, a product or a service, all industrial designers conceptualize before exploring materials. They revise and problem-solve for optimal appearance, functionality and manufacturability.

“The program also fosters collaboration,” Britnell said. “Students gain real-life experience by working with Professor Medley and other representatives from companies such as Gibson Guitars and EMG Inc.”

Malinick said university collaborations that support instruction, research and outreach are top priorities leading into the museum’s 20th anniversary in 2023.

“With this exhibition, we invite the industrial designers as co-learners alongside the museum team,” said Cindi Malinick, the museum’s executive director. “As the cultural heart of a public research university, we seek to work alongside all colleges, no matter the discipline, to experiment and support the fluid exchange of ideas.”

Adam Kennedy of Charlotte, North Carolina, developed his concept from observing musicians on stage and noting a solution. “The concept was to create a modular guitar that would eliminate the need for multiple guitars on stage by allowing for interchangeable pickups,” Kennedy said. “This idea came to me watching live shows and seeing two- to three-minute intervals to change guitars and settings when the time could be reduced to almost 30 seconds.”

Kennedy’s guitar finish is a collage of posters by Wes Wilson, who designed iconic artwork for the Grateful Dead and Jefferson Airplane.

“Museum visitors will see insightful, playful, technical and futuristic creations and the artist’s words and inspirations,” Malinick said. “We are sure the exhibition will prompt broad thoughts and conversations, including which guitars are surprising and what materials reveal about the artist and our culture.”

Donations to the museum are made through the Auburn University Foundation. For more information, visit jcsm.auburn.edu or call 334-844-1484. 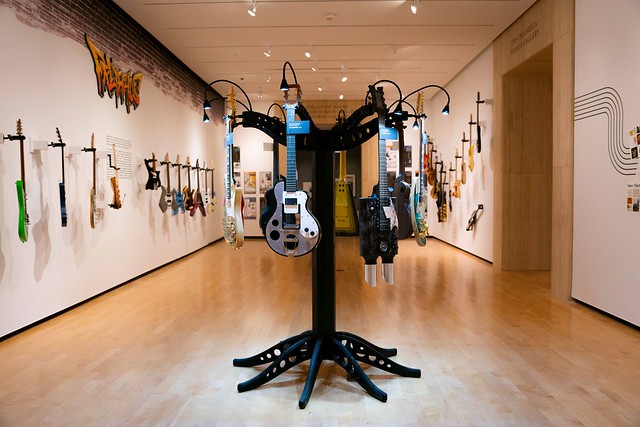 The Jule Collins Smith Museum of Fine Art at Auburn University is currently featuring "FretHaus," a guitar exhibition combining art, design and function. It will be on view through July 31. (Photo by Mason Williams) 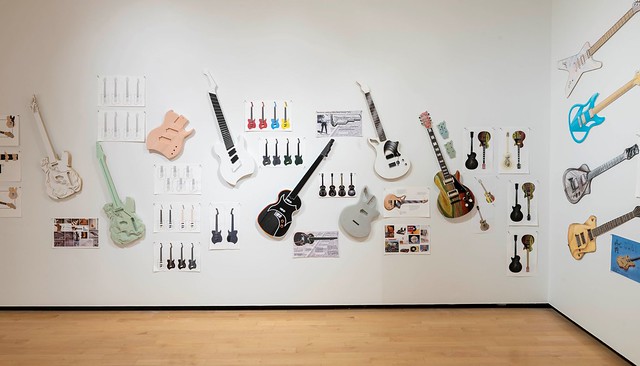 FretHaus is an exhibition that grew from a collaboration between the College of Architecture, Design and Construction's School of Industrial and Graphic Design and the Jule Collins Smith Museum of Fine Art. (Photo by Mason Williams) 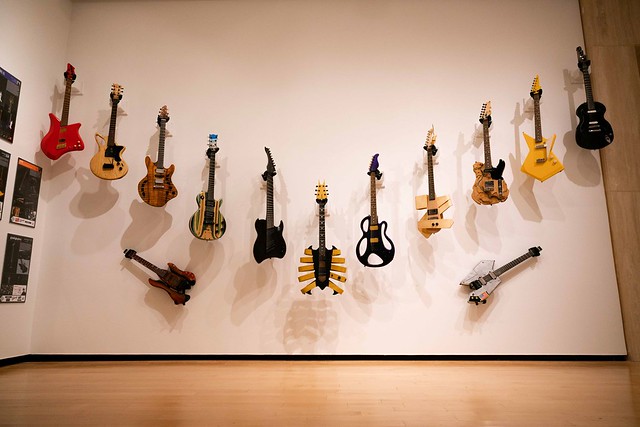 Guitars built by current Auburn students and professors, as well as alumni, can be seen in the FretHaus exhibition at the Jule Collins Smith Museum of Fine Art at Auburn University. (Photo by Mason Williams) 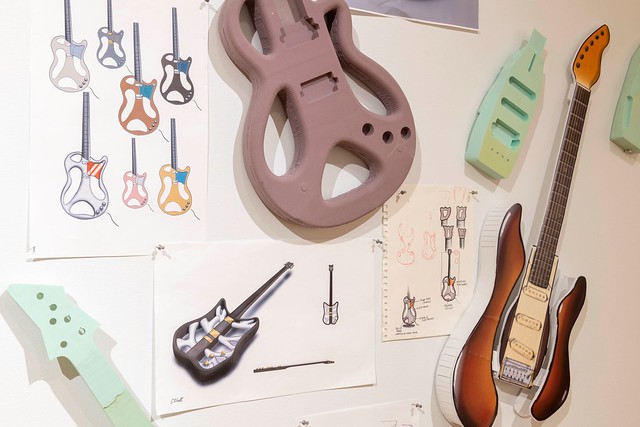 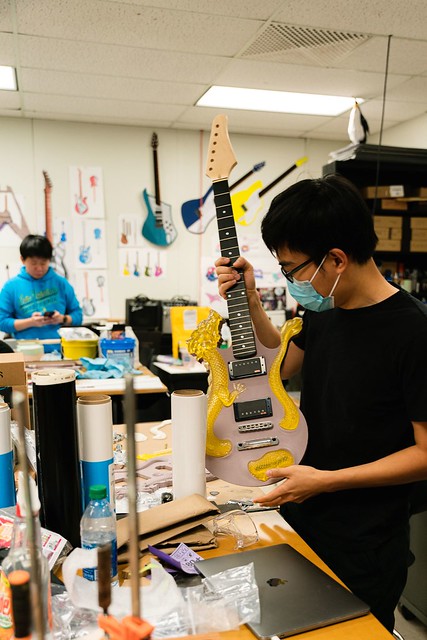 Auburn students in the 2022 senior thesis design studio conceptualize, prototype and ultimately produce fully functional guitars with a rock-n-roll-edge that are part of the FretHaus exhibition. (Photo by Mason Williams) 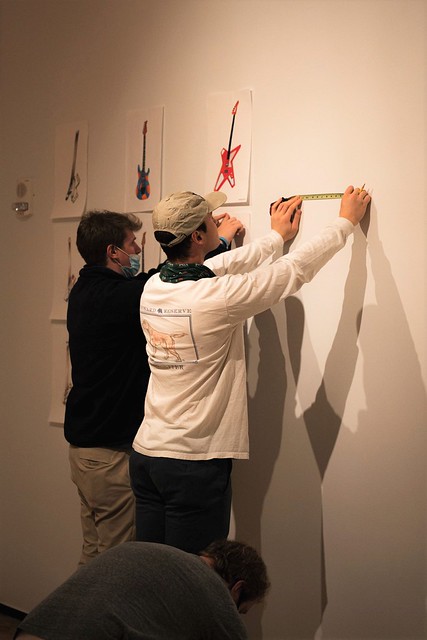 Auburn students worked with museum staff to install the FretHaus exhibition, which is the result of a collaboration that supports instruction, research and outreach. (Photo by Mason Williams)