Will crashing a spacecraft into the heart of a celestial object change its trajectory? That’s what Masatoshi Hirabayashi, assistant professor in aerospace engineering at the Samuel Ginn College of Engineering, and a team of NASA scientists, will soon find out.

DART will launch from Vandenberg Space Force Base in California and use a 1,345-pound spacecraft to eventually impact Dimorphos, the moon of the asteroid Didymos. Impact is expected in the fall of 2022, about 6.8 million miles from the Earth.

Why? In the name of planetary defense, though Hirabayashi stressed that Didymos, Dimorphos, nor any other asteroid pose a known threat to Earth.

“This is a pure technology demonstration and test,” said Hirabayashi. “In terms of planetary defense, when we consider the possibility of an asteroid striking the earth, that possibility is astronomically low. But should that ever happen, damage would be catastrophic. For this mission, we want to establish our technologies to be prepared for that type of situation.”

At 1,345 pounds, DART is designed to prove a spacecraft can autonomously navigate into an asteroid, what scientists refer to as “kinetic impact.” In this case, DART will strike Dimorphos at roughly 15,000 mph.

In conjunction with NASA and the Johns Hopkins University Applied Physics Laboratory, or APL, Hirabayashi will serve in a co-investigator role—with assistance from Ryota Nakano, graduate student researcher in Auburn’s Space Technology Application Research, or STAR, Lab—analyzing data from the test to best reveal its potential for future applications.

“My role is to contribute to the investigation of DART to maximize the understanding of how the kinetic impact is effective on planetary defense,” he said. “When DART strikes Dimorphos, what kind of behaviors will we observe?

“We are going to measure a change in the orbital period, or time that Dimorphos completes one orbital revolution around Didymos. The DART impact changes the satellite’s orbit, changing this orbital period. We want to understand how the physical properties change due to impact and also what kinds of behaviors we can observe by using telescopes. We must assess how kinetic impact behaves or influences the trajectory of an asteroid. Understanding these findings will allow us to maximize our efforts in the future.”

The DART team estimates that the collision will shorten Dimorphos’ orbital period by several minutes. Telescopic observations in the weeks after impact will confirm that DART changed its orbital period and reveal by exactly how much. Choosing a binary asteroid target for this demonstration takes advantage of the fact that changes in the smaller asteroid’s orbit around its larger partner can be more easily measured than changes in a single asteroid’s orbit around the sun.

Though the Didymos system poses no threat to Earth, its proximity to the planet makes it the perfect testing opportunity. Hirabayashi understands he might never witness his analysis utilized in our lifetimes, but recognizes these studies provide the foundation for future planetary defense research in the area of asteroid redirection.

“I’m confident that the findings we learn from this mission will be very important,” he said. “If there is an asteroid approaching Earth in the future, perhaps in 1,000 years from now or more, the findings and technologies we developed can be used. We are really proud to be part of this.” 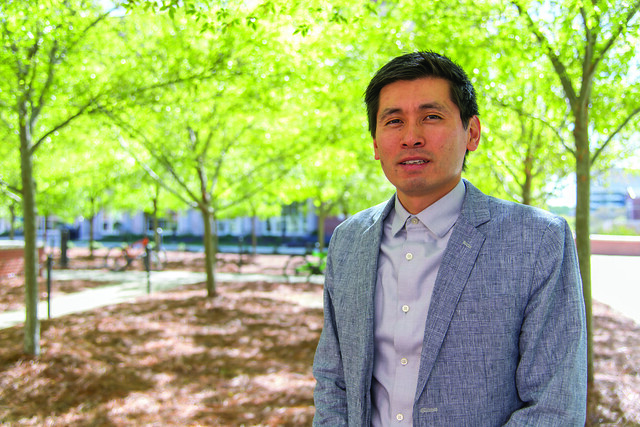 Masatoshi Hirabayashi, assistant professor in aerospace engineering at the Samuel Ginn College of Engineering, has joined a team of NASA scientists, for the Double Asteroid Redirection Test, or DART, to launch a spacecraft at a asteroid’s moon. 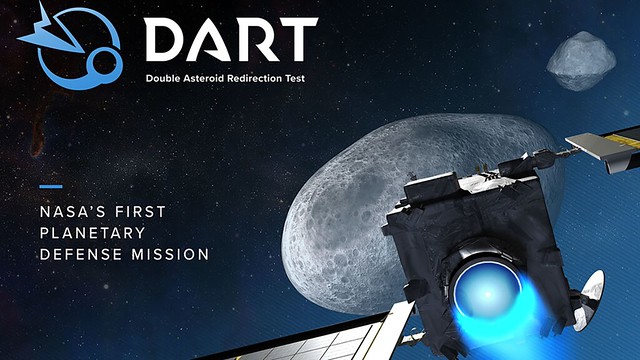