The Jule Collins Smith Museum of Fine Art at Auburn University will welcome sculptor, performance artist and professor Nick Cave for a special engagement at 6 p.m. CT on Thursday, Sept. 9.

His visit to the museum is presented in conjunction with “Crafting America,” which is organized by the Crystal Bridges Museum of American Art in Bentonville, Arkansas. Cave is one of the artists featured in this inclusive and diverse survey on view in Auburn through Sunday, Sept. 12, featuring contemporary craft from the 1940s to the present. The evening opens with a light outdoor reception followed by a conversation about his intriguing body of work.

Cave’s contribution to “Crafting” is a work from his acclaimed Soundsuits series, which earned him the “rock star of the art world” distinction among critics and press for his enigmatic blend of sculpture, installation, fashion, design, video, sound and performance. He is the Stephanie and Bill Sick Professor of Fashion, Body and Garment at the School of the Art Institute of Chicago. In May 2022, the Museum of Contemporary Art Chicago will open a career-spanning retrospective, “Nick Cave: Forothermore.”

The first iteration of Soundsuits dates to 1991 with the Rodney King beating and ensuing civil unrest against police brutality and the Los Angeles Police Department. Molded on the artist’s body and constructed for dance and display, the suits obscure race, gender and class.

The sound-producing found objects completely cover the piece, leading the viewer to encounter the wearer without judgment. The artist contrasts his societal commentary against racism, homophobia and violence with symbols of hope.

“Nick Cave is one of the most important artists of his generation because he challenges us to think differently about making objects,” said Chris Molinski, the museum’s new director of education, engagement and learning, who will moderate the evening.

“Particularly in a university context, we gather with artists like Cave to ask questions—to challenge histories and imagine new futures.”

Molinski’s position is a new museum role for Auburn that is charged with reinvigorating student engagement, faculty research and instruction. He joins Auburn from his previous post at Harvard University. Serving on the team that launched the new Harvard Art Museums in 2014, Molinski led the development of digital platforms designed to promote collaborative cross-disciplinary experiments as part of the museums’ academic and public programs team.

“His Soundsuits form an architecture of listening,” Molinski said. “They are pointed at us, including us in their space, asking all of us to join in conversation. Are they listening to Auburn? What does Auburn sound like to them?”

Auditorium seating is currently at capacity, but the museum will also offer a live-streaming option on YouTube and Facebook. In the event of cancellations, additional auditorium seats may be released as space and time allows, and a limited number of overflow seats are available on the museum terrace.

Face coverings are required inside academic buildings, including the museum. The public may submit advance questions for Cave at aub.ie/ask.

Located at 901 S. College St. in Auburn, Alabama, the Jule Collins Smith Museum of Fine Art's regular hours are Tuesday through Sunday, 10 a.m. to 4:30 p.m., with extended hours on Thursday from 10 a.m. until 8 p.m. Other exhibitions on view include “Outside In,” a collaboration with Auburn’s Museum of Natural History and “Down Where Paradise Lay” by Patrick Dougherty.

Admission is free, and donations are welcomed. For more information, visit jcsm.auburn.edu. 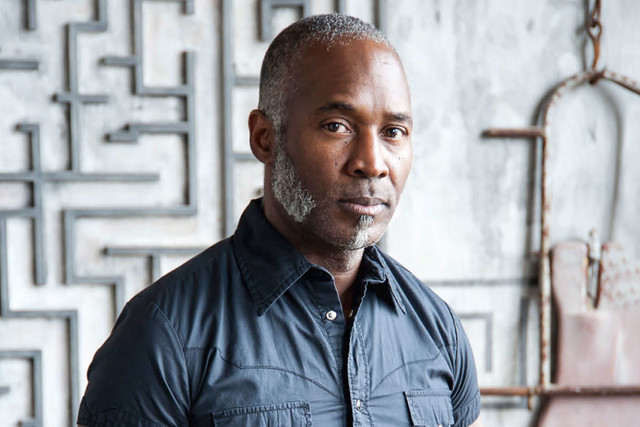 Sculptor, performance artist and professor Nick Cave will be the featured guest of the Jule Collins Smith Museum of Fine Art's special engagement in Auburn at 6 p.m. CT on Thursday, Sept. 9. 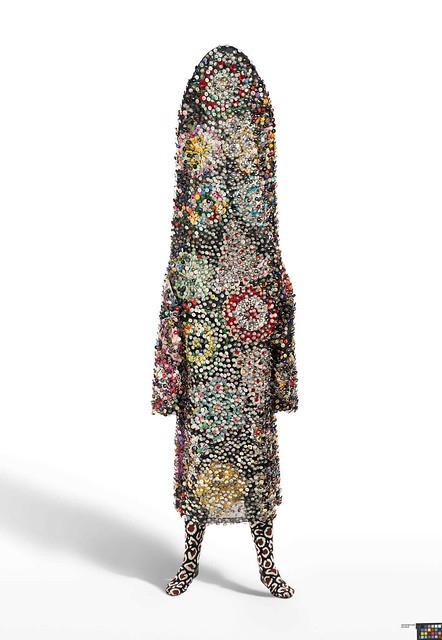 Nick Cave contributed this piece from his acclaimed Soundsuits series to the Jule Collins Smith Museum of Fine Art's exhibition "Crafting America" that is on view in Auburn until Sunday, Sept. 12. It was created using fabric with appliqued crochet and buttons, knitted yarn and metal armature in 2009. (Photo by Edward C. Robison III)