Edward “Ed” Thomas Jr., professor of physics and associate dean for research and graduate studies, has been appointed interim dean of Auburn University’s College of Sciences and Mathematics, or COSAM, effective Aug. 16. Thomas assumes the role from Nick Giordano, who will return to the faculty after serving as dean for eight years.

An avid researcher and prominent scholar in the field of experimental and computational plasma physics, Thomas brings more than 20 years of experience as an administrator and faculty member to the role, including leading the college’s efforts to increase research activity and advance support for major research initiatives and proposals.

“As one of Auburn’s largest colleges, COSAM plays an integral role in the university’s teaching, research and outreach activities,” said Provost Bill Hardgrave. “As interim dean, Dr. Thomas brings a strong record of experience that is critical to leading the college during what will be an important period of transition.”

As interim dean, Thomas will provide leadership to COSAM’s more than 2,300 undergraduate students, 400 graduate students and 160 faculty members across five academic departments. As the university prepares to transition back to pre-pandemic operations this fall, Thomas will lead the college’s efforts to integrate key practices developed during COVID-19 while also supporting student enrollment and retention goals. Among the many critical tasks Thomas will direct in the coming months, he will oversee the search process for a new chair of the Department of Biological Sciences and the successful completion of several new facility projects.

“I am deeply honored and humbled that the faculty, staff and students of COSAM have expressed their strong support for me to serve as their interim dean,” said Thomas. “During this transitional period, I am committed to providing leadership and continuity for the college and positioning COSAM to successfully welcome its next dean.”

Thomas joined Auburn in 2000 as an assistant professor. Following his promotion to full professor in 2007, he began serving as an associate dean for research and graduate studies in 2017. In this role, Thomas has led several initiatives designed to strengthen the college’s culture of discovery and innovation while continuing to serve as director of the Magnetized Plasma Research Laboratory.

An active researcher, Thomas has generated more than $12 million in external funding and is the author of more than 80 peer-reviewed journal publications, in addition to more than 350 conference presentations, invited talks and colloquia.

A strong advocate of student engagement, Thomas has been frequently recognized for his commitment to advancing teaching and research, including being recognized as an Outstanding Graduate Faculty Member by Auburn’s Student Government Association in 2020, the Most Outstanding Professor by the Auburn University Society of Physics Students in 2014 and received the Dean’s Research Award in 2013. He also is a fellow of the American Physical Society (2015) and the National Society of Black Physicists (2011).

During his tenure, Thomas has mentored nearly 40 undergraduate researchers and served as a major professor to 30 postdoctoral research scholars and graduate students, many of whom have assumed faculty and research staff positions at prominent institutions. In addition, he has held both the prestigious Charles Barkley and Lawrence C. Wit professorships.

Thomas has served on several U.S. and international advisory committees, including the Department of Energy’s Fusion Energy Sciences Advisory Committee and the National Academies’ Plasma Science Committee. Most recently, Thomas was named to National Science Foundation Advisory Committee for Mathematical and Physical Sciences earlier this summer. 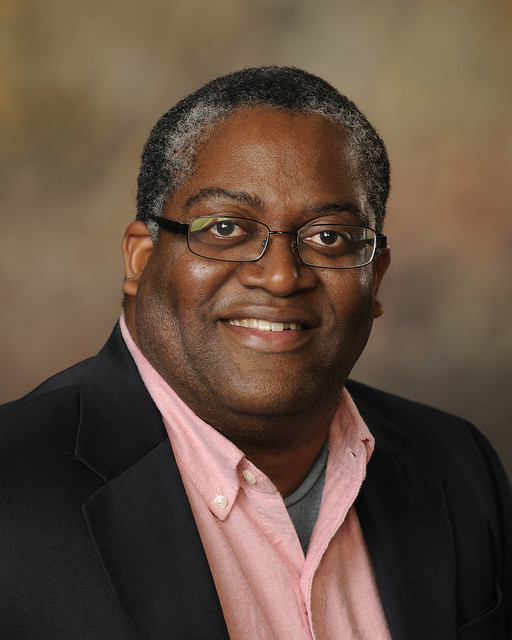 Edward “Ed” Thomas Jr., professor of physics and associate dean for research and graduate studies, has been appointed interim dean of Auburn University's College of Sciences and Mathematics, or COSAM, effective Aug. 16.