At first glance, Gabby appears to be a perfectly normal adolescent dog—a healthy, happy and rambunctious mixed-breed puppy soon to be a year old. She is only one of an avalanche of approximately 3 million new U.S. pets purchased or adopted to brighten their owners’ lives during the height of the COVID-19 pandemic.

It’s not until she is approached by a stranger—or a strange dog—or exposed to a new and unfamiliar environment that it becomes clear Gabby is not exactly as carefree as she seems. She often reacts with fear or uncertainty when she encounters new people or other dogs. She is near panic when faced with a new environment or an unfamiliar situation. Even taking her to the vet is more difficult and stressful than usual for both her and her owners.

But Gabby is certainly not unique or even unusual. Instead, she is one of an unknown number of dogs that are now, and forever more will be, products of the pandemic. While they were in the critical formative weeks of early life, particularly during 2020, the behavior and socialization of this “Generation P” of dogs were affected to varying degrees by their lack of normal contact and experiences during the long months of quarantine isolation.

“The first three months of a puppy’s life are extremely important to its social development,” said Dr. Christopher Lea, assistant clinical professor in the Department of Clinical Sciences in Auburn University’s College of Veterinary Medicine. “Primary socialization occurs during the first three to six weeks with a puppy’s littermates. Then there is a secondary period of development from six to 12 weeks. This is when a puppy learns to interact with humans.”

“During this time frame, puppies learn how to properly bond and socially communicate with both other dogs and people, as well as how to interact with and respond to different environments,” Clutton said. “Simply put, dogs that are not properly exposed to a variety of individuals, objects, sights, sounds, smells and environments during this period may always be fearful of some of those same things.”

Many of the pups of “Generation P” had few, if any, of the experiences and contacts Lea and Clutton describe. Instead, their early months were largely spent in the company of their owners and perhaps with older dogs in their households. To make matters worse, a larger than usual number of pandemic dog adoptions were to first-time owners more likely to make novice mistakes with socializing puppies correctly even in a normal environment. This produced a perfect storm of bad circumstances at a critical time in the developmental stages of these dogs.

Even in the case of experienced owners acting responsibly during pandemic isolation—avoiding crowds, gatherings and outings in dog parks, while generally being as antisocial as possible—then many of their dogs have become antisocial as well. And just as some humans are experiencing anxiety during the transition back to some degree of normalcy thanks to the availability of vaccines, many of these puppies, who are now dog teenagers, are having anxiety issues of their own.

While these dog teens are more likely than usual to have behavioral problems socializing with strange people, places and other dogs, the largest problem both trainers and vets are reporting so far is due to separation anxiety. As the COVID-19 situation improves, dog owners who have been homebound for months are increasingly beginning to return to work and school. Suddenly, dogs that have had constant human companionship for their entire young lives are finding themselves bored and alone for much of the day.

“We are seeing an uptick in pets having issues with separation as owners return to their regular schedules,” said Dr. William “Blue” Brawner, owner of PetVet Animal Health Center in Auburn, Alabama. “These are dogs that have never been left alone all day. They’ve been fine up to this point. But as a lot of owners return to normal routines, we are seeing more dogs that have trouble adjusting to that. This is an area where I think the pandemic has highlighted an already existing problem.”

Lea agrees separation anxiety is the most common issue he’s seen so far.

Whether more dogs are being given up for adoption currently depends on whom you ask. The American Kennel Club estimates that 73% of first-time dog owners who adopted a puppy during the pandemic have at least considered rehoming them or turning them in to a shelter. A recent USA Today article noted that, so far in 2021, owner surrenders are up 82.6% compared to 2020. In contrast, those same figures show a small percentage drop in surrenders compared to the pre-pandemic year 2019.

So, is there little or no hope for Generation P puppies? Are many of them destined to end up with permanent behavioral problems that can’t be corrected with any amount of training, doomed by the unfortunate timing of their births? Will a majority of them end up overwhelming adoption shelters and rescues in the coming months, as owners despair of dealing with them and they grow from cute, cuddly COVID-19 companions into anxious, angst-ridden adults?

Clutton said the sooner owners realize their dogs need help and act to get it, the better the likely outcome.

“Don’t wait! Waiting until behavior becomes unmanageable does not leave owners or trainers with much flexibility. We can always make progress with behavior,” she added, “but the longer bad habits are in place, the harder it is to change them.

“Getting a puppy that’s a blank slate and needs a lot of help learning routines and expectations is always a daunting task. The pandemic made it even more difficult. But owners need to realize that their choice to take on a puppy as a source of companionship and entertainment while stuck at home should not become the dog’s lifelong problem. Learning to live with and work around the needs of the dog you have, whether you feel your puppy was socialized as well as you wanted them to be or not, is important. And if you’re not sure how to do this, be sure to seek professional help.”

There is hope: With patience and consistency, they can be trained. And Lea, Brawner and Clutton are all optimistic that most conscientious owners will be willing to get their pets the help they need.

“Training is easier when a dog starts with proper socialization, but I think for the most part, any dog can be appropriately trained with the right trainer and techniques,” Lea said. “Clinicians and local veterinarians can also help owners understand how to optimize their pet’s socialization.”

Even if you are still working from home, establish a regular schedule for your dog’s daily activities. Try to set feeding, walks and play at the same times each day on a schedule that will work whether you are home or back at work.

A crate can be great

If you haven’t already, begin crate training to provide a secure option for leaving your dog alone for short periods. Never use a crate as punishment. Instead, start by giving your dogs meals, treats and toys in the crate, always leaving the door open so the dog won’t feel confined. Soon the crate will become your dog’s safe place.

Taking an adult dog that is fearful or unsure of how to behave appropriately with other dogs and people and forcing them into interactions without taking the appropriate steps is likely to make the problem much worse. This also goes for environmental soundness: “Flooding” a dog by forcing it into uncomfortable environments will not change its feelings about those spaces.

Dogs uncomfortable with unfamiliar environments, people or other dogs after the age of approximately five months need training plans that include counter-conditioning rather than just simple socialization or exposure. Counter-conditioning involves attempting to change a dog’s emotional response to a trigger, making it a better fit for dogs that have already developed negative associations with certain experiences.

Ask if your vet clinic is a ‘fear-free’ practice

Many veterinarians today are trained in “fear-free” techniques when it comes to dealing with nervous pet patients. Dogs, and cats, are able to visit the veterinary clinic to explore the office, get treats from staff and generally familiarize with the people and place without the trauma of treatment. 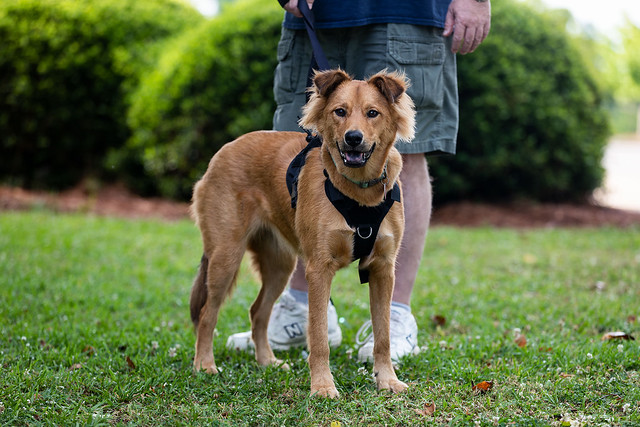 Many puppies adopted during the COVID-19 pandemic are facing behavioral and socialization problems. 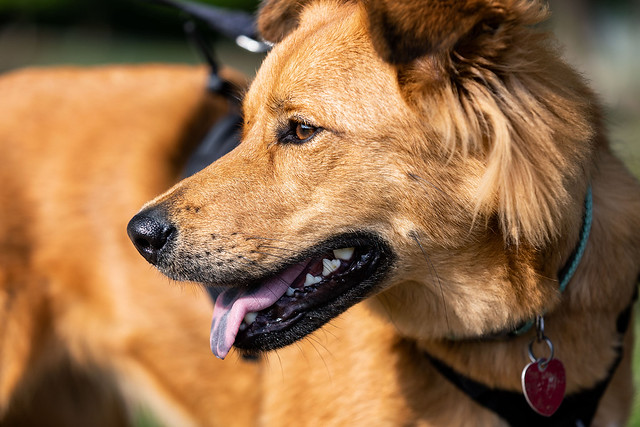 The behavior and socialization of adopted “pandemic puppies” were affected to varying degrees by their lack of normal contact and experiences during the long months of quarantine isolation. 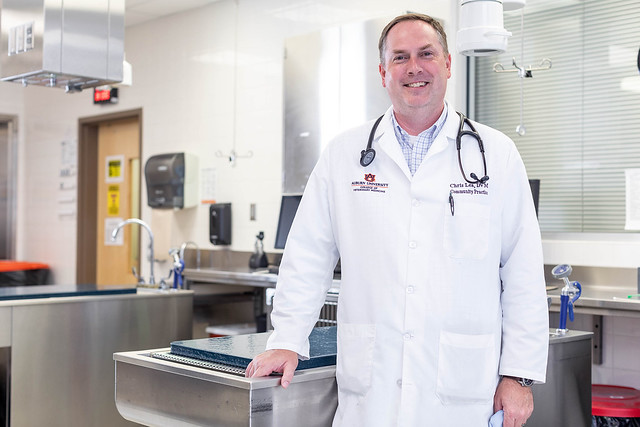 Dr. Christopher Lea, assistant clinical professor in Auburn University’s College of Veterinary Medicine, says a puppy’s primary socialization occurs during the first three to six weeks with littermates, followed by a secondary period of development from six to 12 weeks as a puppy learns to interact with humans.