With his research team, Sanjiv Kumar, assistant professor in the Auburn University School of Forestry and Wildlife Sciences, co-authored a breakthrough study on drought forecasting published March 12 in Climate and Atmospheric Science, a partner publication to the journal, Nature.

In the paper, “Seasonal to multi-year soil moisture drought forecasting,” researchers sought to find out whether they could accurately forecast soil moisture conditions at long lead times—from the next season to a few years out—and identify the mechanisms underlying that possibility.

Kumar said advanced long lead time in predicting soil moisture will greatly improve drought early-warning efforts for agriculture and natural ecosystems. The research is based on the latest advances in earth system modelling, as well as an improved understanding among researchers of land surface processes that influence soil moisture behavior on long timescales.

He said these new findings will benefit agricultural and water resources as well as wildfire planning to mitigate the impacts of drought on society, including economic losses in the billions of dollars and intense stress to the productivity of ecosystems.

Kumar has done seminal work in past few years to discover and develop a scientific basis for the potential for skillful soil moisture predictability, said Imtiaz Rangwala, one of the study’s co-authors.

Kumar’s previous work includes leading the group of researchers that in 2019 discovered soil-moisture re-emergence, a phenomenon that will likely have a profound impact on climate predictability science.

“That body of work, in culmination with this paper, provides a strong foundation for future research in soil moisture forecasting,” said Rangwala, a research scientist at the Cooperative Institute for Research in Environmental Sciences (CIRES)/Western Water Assessment at the University of Colorado-Boulder and the climate science lead at the North Central Climate Adaptation Science Center.

“Dr. Kumar’s compelling new research builds on his previous work,” Alavalapati said. “These findings could have an enormous positive impact on drought predictability, leading to improved early-warning systems. This, in turn, will have a profound impact on people who experience drought in different parts of the world every year.”

In addition to Kumar and Rangwala, the research team included Musa Esit, a visiting scientist who worked with Kumar on the research; Ashutosh Pandey, a former graduate student; David M. Lawrence from the National Center for Atmospheric Research, or NACR, in Boulder, Colorado; and Stephen Yeager from NCAR.

While advancing the capacity for drought early warning was a major motivation for this study, the work also has implications to address other water and land management issues, Rangwala said.

“Better information on soil moisture conditions is highly sought-after among communities who manage our land and water resources, but it has historically been among the most challenging variables to get accurate information on. Forecasting soil moisture accurately has been even a greater challenge,” Rangwala said.

“Currently, we cannot forecast precipitation with any skill beyond two weeks. That's a pretty hard physical limit on our drought predicting skills. But our research shows the potential to skillfully forecast soil moisture several months out, particularly for regions in the central and western U.S., where there is even some skill to predict soil moisture conditions over multiple years.”

The next step for this research, Kumar and his collaborators said, is to apply the principles of this discovery to develop tools to forecast soil moisture at local scales, where it can directly benefit users in agricultural planning, including the planting of drought-tolerant varieties and irrigation management. 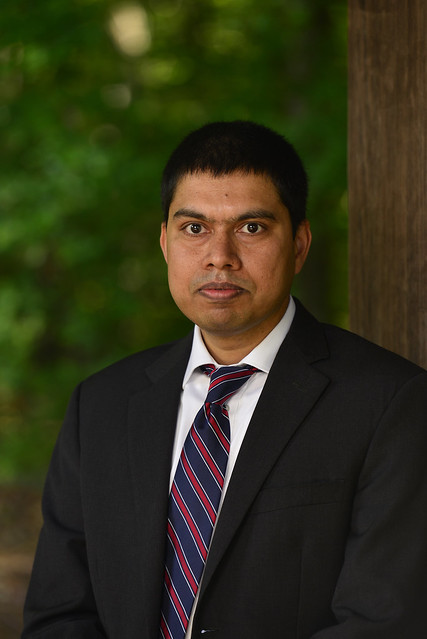 Sanjiv Kumar is an assistant professor in Auburn University’s School of Forestry and Wildlife Sciences. 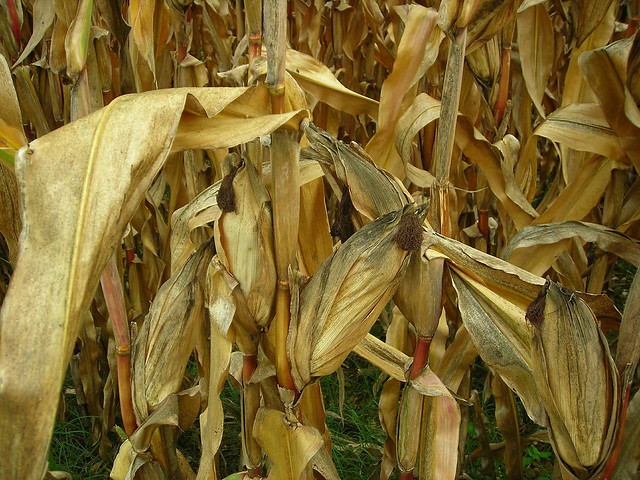 Corn and other crops struggled to survive during a devastating widespread drought that impacted the Midwest U.S. in 2012. New research by an Auburn professor and his team could result in vastly improved prediction of drought through the measurement of soil moisture, leading to earlier warning times for farmers and others impacted by drought. (Photo courtesy of Pixabay/aldosnet)

The Auburn University College of Forestry and Wildlife Sciences is a flagship institution for natural resources-based degrees including natural resource management, geospatial and environmental informatics and sustainable biomaterials and packaging. The school serves as the backbone for Alabama’s $30 billion-plus forest, wildlife and natural resources related enterprises. Its mission is to create next-generation professionals and leaders, to develop new knowledge and disseminate science-based solutions to our clientele to improve the social, economic and environmental well-being of citizens in Alabama and beyond.