The Auburn University School of Forestry and Wildlife Sciences is commemorating its 75th anniversary with a yearlong anniversary celebration, which began March 1.

In honor of this historic milestone, the school will showcase its alumni and significant teaching, research and extension achievements with a series of virtual and in-person events.

“During its 75-year history, Auburn has produced thousands of well-qualified graduates, provided citizens with science-based solutions to improve their quality of life and developed solutions to some of society’s most complex natural resource challenges,” Dean Janaki Alavalapati said.

“Our faculty and alumni have many reasons to be proud of the school’s impactful legacy of advancing forestry, wildlife and natural resources that extends well beyond the borders of our state and region.”

Since the 1800s, Auburn’s forestry program has synonymously evolved with the country’s growth.

In response to the increased demand for trained professionals to manage forests and timber operations, the Agricultural and Mechanical College of Alabama, now Auburn University, began teaching forestry courses as early as 1896.

However, it wasn’t until 1946 that the College of Agriculture, at the time considered a school, recognized forestry as a standalone program in the Department of Horticulture and Forestry, and soon thereafter as the Department of Forestry in 1947.

With a greater need for a science-based foundation in forest management, the Department of Forestry continued to progress over the next three decades to become the School of Forestry in 1984.

Since that time, the School of Forestry and Wildlife Sciences, or SFWS, has experienced substantial growth, not only in terms of the number of students, staff and faculty, but also in the diverse array of new majors it has established to address the emerging needs of industry and government.

During the anniversary celebration year, the school will showcase the school’s diverse programs and alumni with a series of events, including a virtual speaker series titled “7 for 75.”

“Throughout the upcoming year, notable alumni and stakeholders will speak on a wide range of topics from land management, to current and future technology, to stakeholder engagement,” said Professor Becky Barlow, extension coordinator and co-chair of the school’s anniversary planning committee.

Two of the distinguished alumni scheduled to participate this spring include Auburn alumna Lisa Hendy, chief ranger of the Great Smoky Mountains National Park, on March 25, and SFWS alumnus Adam Howard, director of Arbor Day Farm, who will speak on April 29.

Other guest speakers will provide first-hand historical accounts about the school’s milestones, including SFWS deans past and present. During these virtual roundtable discussions, the school will host breakout sessions for alumni to socialize and reminisce about their time at Auburn.

The anniversary year will conclude with a signature gala in spring 2022.

Alavalapati said planning the yearlong celebration has been a considerable effort. “We are incredibly grateful to the committee members who have given their time to create a memorable year for the faculty, students and alumni,” he said.

In addition to the celebration events, the school will mark the anniversary with the publication of “75 Years of Forestry and Wildlife Sciences at Auburn University,” a chronicle of Auburn’s forestry and wildlife programs, written by Arthur L. Slotkin, an Auburn alum of the class of 1968 and author of eight books concerning the history of science and technology.

Visitors to the school’s website can purchase the book online and learn more about its history by perusing the interactive milestone timeline and photo archive. The school’s alumni and friends are invited to share memories of their college experience by submitting personal stories, photos and video, or other memorabilia through the online platform.

The alumni submissions will be added to the memory gallery and shared through social media during the anniversary celebration year.

More information about the anniversary celebration is available on the website. 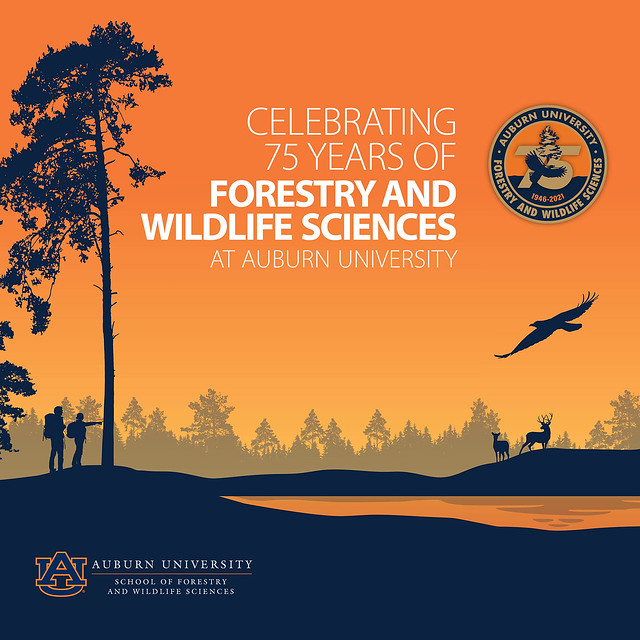 The School of Forestry and Wildlife Sciences is commemorating 75 years of forestry and wildlife sciences at Auburn University with a yearlong anniversary celebration, which kicked off March 1. 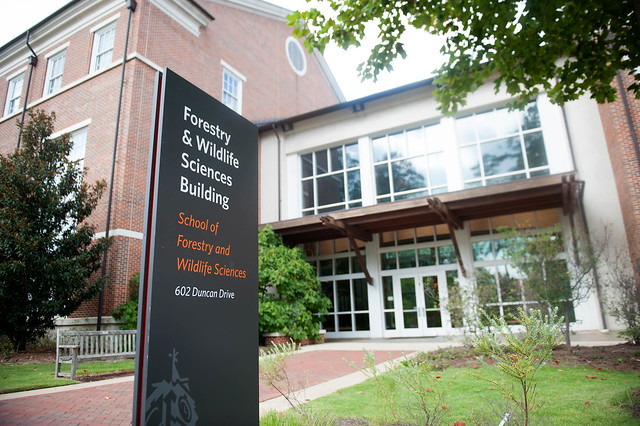 The Auburn University School of Forestry and Wildlife Sciences is commemorating its 75th anniversary with a yearlong anniversary celebration, which kicked off March 1.