While working at two Fortune 500 companies, Brian Connelly helped design the electronics deployed in airport radar systems and point-of-sale satellite networks that are commonly used to facilitate gas purchases at the pump.

Today, the Harbert College of Business professor and David and Terri Luck Eminent Scholar in management has nothing to do with technology.

“I can’t even figure out how to share my contact information on my phone, which can be embarrassing when I am chatting it up with young entrepreneurs,” joked Connelly, who has been on the receiving end of many an eye roll when he offers the person his business card.

By his own account, he was designing a satellite system in the 1990s and had to get approval on the price from his boss. Knowing the company was about to bid on another, much bigger project, Connelly’s boss suggested inflating the price of the system so competitors would think prices in the region were high.

“We bid ridiculously high, and then came back and won the big project right afterward by beating our competition on price,” he said. “That moment was when I realized: strategy trumps technology.”

Soon after, he went back to school and earned a Master of Business Administration and doctorate in management, paving the way for a move from the world of sophisticated technological design to the world of corporate strategy.

By studying corporate behavior and misbehavior, his work has shed light on timely events, such as environmental safety, financial misconduct and consumer harm. His research findings have helped shape public policy, played a role in establishing laws and regulations and provided new theories about ethical decision-making.

Connelly has elevated the reputation of Auburn and the Harbert College over the years. His scholarly publications have been cited more than 10,000 times, and he has given more than 135 invited talks at workshops, conferences and prestigious institutions around the world. He currently serves as editor-in-chief of the Journal of Management, which is among the most elite academic business school journals. His work is frequently referenced in media outlets such as The Wall Street Journal, The New York Times and USA Today.

“The Creative Research and Scholarship Award is a well-deserved recognition of Brian’s pioneering research and ability to find solutions that can positively impact both the academy and the corporate world,” said Joe Hanna, Regions Bank professor and Harbert interim dean. “All of us in the Harbert College of Business are very proud of Brian’s accomplishments and pleased to call him our colleague.”

In a recently published study, Connelly and colleagues Miles Zachary of Auburn, G. Tyge Payne of LSU and Lori Tribble of Clemson University examined what they call “organizational virtue rhetoric,” meaning language and narratives where companies espouse, and promise adherence to, ethical standards of behavior. The authors found that managers should be careful when espousing how virtuous their firm is, especially if their language is more symbolic than substantive.

“The issue with using virtue rhetoric is that you need to walk your talk,” said Connelly, who is the David and Terri Luck Eminent Scholar and professor in the Department of Management and Entrepreneurship. “If the company messes up and engages in bad behavior, we found that investor reaction to the misconduct will be four times as negative for companies that talked a big game with their virtue rhetoric.

“In other words, top managers need to know that, if they use virtue rhetoric, they basically raise the bar for acceptable company behavior.”

In another recent paper, Connelly and colleagues examined how corporate boards of directors choose new CEOs in the wake of organizational misconduct. Together with Wei Shi of the University of Miami, Jack Walker of Auburn and Matt Hersel of Clemson, the authors developed a theory about why, following corporate misbehavior, a board of directors might replace its CEO with someone who holds a degree from a religiously affiliated university.

“We tested whether CEOs with degrees from religiously affiliated institutions are actually less likely than other CEOs to engage in misconduct,” Connelly observed. “Sure enough, we found they are. So, it’s a contrast effect. If a company is dealing with corporate misbehavior, this strategy of replacing your CEO with someone who studied at a religiously affiliated school could benefit them.”

Looking forward, Connelly observed that his ongoing research program explores capital market and public policy developments, topics that are of importance on Capitol Hill today. For example, he is among the first in the management discipline to consider the ethical consequences of short selling.

Specifically, he is investigating how CEOs respond when their companies are attacked by short sellers, such as the highly public attacks on Tesla and Herbalife. He is also at the forefront of management research on meme trading as he examines organizational responses to herd behavior in capital markets, such as what occurred recently with GameStop and AMC stocks.

“I’m grateful for the support I’ve enjoyed from my wife and family, who have been patient with the hours and energy that I devote to my work,” said Connelly, who came to Auburn in 2008 after earning his doctorate in management from Texas A&M University. “I bet my father-in-law, Franz Geyling, who passed away a few years ago, would be especially proud of this accomplishment. He was a role model for how I approach my work.”

He is the second Harbert faculty member to win the Creative Research and Scholarship Award. In 2018, Harbert Eminent Scholar Dave Ketchen, a professor of management and entrepreneurship, received the award.

“Dave carefully and patiently mentored me since the day I arrived on the Plains,” Connelly acknowledged, “and I learned pretty quickly that if I just followed his advice, I would be successful.”

Ketchen is ranked 23rd in the nation in Research.com’s listing of the top business school professors.

“I’m also grateful for David and Terri Luck, who endowed the Eminent Scholar chair that I now hold,” Connelly added. “None of this would have been possible without their generous gift that has enabled my research endeavors.” 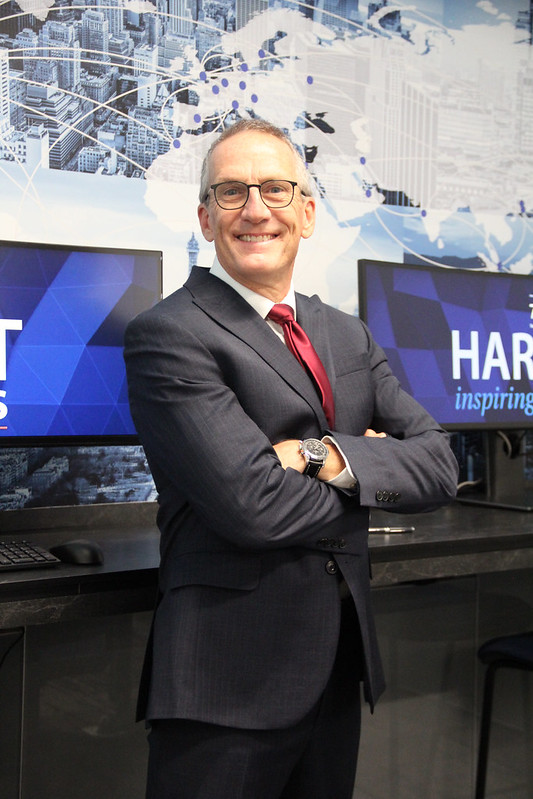 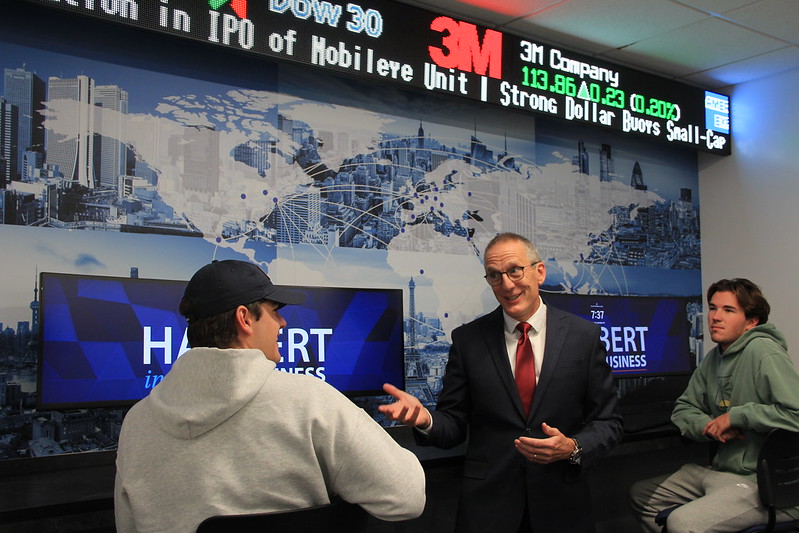