The Auburn University Raptor Center marks its 50th anniversary this year, and there is much to celebrate, including a new director to lead the center into its second half-century.

With a bold vision for the future focused on research collaborations, expanded outreach opportunities and plans to build a new home for its resident raptors, the center is poised to boost tourism and further elevate the Auburn brand, while bolstering its mission committed to raptor rehabilitation, education and conservation. Wade Stevens, a veteran in municipal government work that included extensive experience in wildlife rehabilitation and conservation, was recently named the director of the Auburn University Raptor Center to help champion those efforts. This is the first time in almost 20 years that the center has had a full-time director.

Before coming to Auburn, Stevens served for 26 years in a variety of leadership and wildlife roles with the City of Orange Beach, Alabama. As manager of the city’s Department of Coastal Operations, his work included management of nine miles of public beach on the Gulf of Mexico, portions of a nationally recognized trail system and several independent facilities providing public access to natural resources. He was integral to the city’s Coastal Bird Stewardship Program, which involved habitat restoration projects for gopher tortoises in conjunction with the Alabama State Parks System and a sea turtle triage and treatment facility.

Stevens’ first interactions with Auburn’s raptor center grew out of his work in Orange Beach.

“I started working with wildlife, including raptors, in the mid-90s while involved with public safety,” he said. “Over the years, I consulted with a variety of individuals and facilities, including the Auburn raptor center. It was not uncommon for me to transfer raptors to Auburn for care. As our needs grew along the coast, so did our facility, and by the time of my departure from Orange Beach, we were routinely working and consulting with Auburn.”

That familiarity helped shorten Stevens’ transition when he arrived as the raptor center’s new director.

“I was already familiar with the work they had been doing, and I had at least an outsider’s knowledge of the successes and some of the challenges,” he said. “The center is fortunate to have an outstanding group of faculty, staff and volunteers. The Auburn alumni and fan base are second to none. Combine that with the progressive leadership of the College of Veterinary Medicine and the university as a whole, and you have all the elements needed for greatness.”

Five decades of steady growth, the rehabilitation and release of thousands of injured raptors, and a vibrant educational program promoting raptors to countless participants across the Southeast have made Auburn’s raptor center one of the most visible areas of both campus and its home unit, the Auburn University College of Veterinary Medicine.

Beyond the critical work performed within the center’s walls, pre-game stadium flights of the center’s resident eagles—including Auburn’s golden eagle Aurea, or War Eagle VIII—have become one of the most recognizable traditions in all of college sports.

“The center has always provided capable, consistent veterinary and rehabilitative care to all injured, ill and orphaned patients that have passed through its doors,” Stevens said. “It is also responsible for the education of tens of thousands of people annually through first-class outreach programs like ‘Football, Fans and Feathers,’ as well as more than 250 other educational programs presented in a typical year.

“For most facilities with a similar mission, that would be considered knocking it out of the park.”

But there is still much more to be accomplished in the center’s second 50 years. Stevens is quick to point out that the raptor center is already one of the finest operations of its kind and he has no intention for it to simply rest on its considerable laurels.

“For all of the things we do well, we can always do more and do it better,” he said. “With the amount of talent across campus and the unique opportunities that exist as a university-based center, I feel strongly about increasing our involvement in research. There are so many potential collaborative efforts and partnerships that we can and will explore to elevate the center’s research agenda.

“I also believe there is a tremendous amount of untapped potential when it comes to public outreach and interaction. Whether we are capturing a photo of a raptor with a student who doesn’t even realize the encounter just changed their life to the path of becoming a future Auburn veterinarian or seeing the eyes of a kid light up simply because they are seeing an eagle up close for the first time—every encounter changes the way people think about raptors and about Auburn. Why wouldn’t we want to take that to the next level?”

Plans to take the center to that next level are already in the works.

“Over a 50-year span, the raptor center has evolved into a beautiful complex that includes a busy hospital, educational center, rehabilitation center and amphitheater accessed by a scenic drive,” said Auburn College of Veterinary Medicine Dean Calvin Johnson. “Like other signature programs of our college, the center has developed through the efforts of a dedicated team of faculty, staff and volunteers alongside the support of some generous donors. Now, we are poised to make the center one of the preeminent academic raptor centers in the nation through expanded research, outreach and teaching programs.”

A major part of that process, according to Johnson, was getting the proper leadership in place.

“We are very fortunate to have Wade Stevens on board to serve as the center’s full-time director,” he said. “He brings a wealth of unique experience to the team as a wildlife rehabilitator and former manager of a busy state and federally permitted rehabilitation facility. He has excellent working relationships with numerous wildlife and conservation organizations. He also has experience in program oversight, incident command and construction management, making him a perfect fit as we launch a major campaign for expansion and greater public access.”

Stevens agrees there is great potential to take the center to new heights. In fact, he and his team are already laying the groundwork.

“We are currently establishing stronger foundational elements to support and prepare for the growth of our program and facility,” he said. “If we could snap our fingers and do everything within our mission perfectly today, we would still be limited by basics such as staffing, facility size and funding. Like so many, we have become experts at doing more with less, but that will only get us so far in the future.

“Acknowledging that, both the College of Veterinary Medicine and university recently began developing a master plan to expand our facilities and capabilities over the next few years. This expansion will allow us to better achieve our goals of increasing research and improving our standard of care, in addition to an overall increase in capacity, while offering visitors an outstanding experience that is uniquely Auburn.”

As outlined in the master plan, the raptor center’s physical transition to a world-class facility is on the horizon, and Stevens is confident the center has the brightest of futures.

“As we embark on the journey that is our next 50 years, the bar is set very high,” he said. “We fully intend to establish the center as a national leader in raptor medicine and research and as a One Health collaborator. With the support of our great leadership in the College of Veterinary Medicine and across Auburn University, coupled with the talent and dedication of the raptor center team, we have an opportunity to expand awareness for Auburn and the college, while growing the raptor center’s legacy and making a difference for us all. I am truly honored to have the opportunity to be a part of this outstanding organization and excited to see what the future holds.” 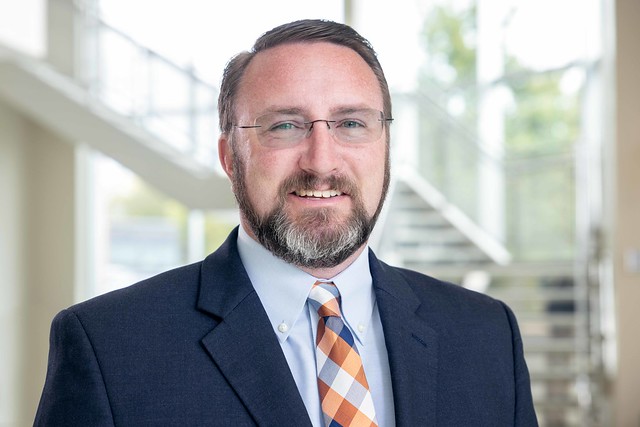 Wade Stevens was recently named the director of the Auburn University Raptor Center. 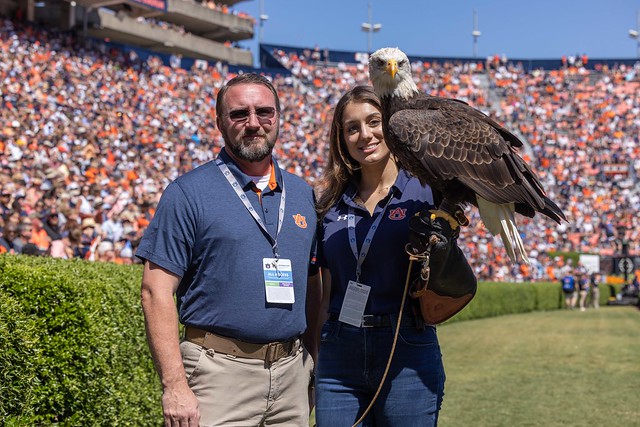 The College of Veterinary Medicine is the South's original and nation's seventh oldest veterinary medical program, celebrating 126 years. We prepare individuals for careers of excellence in veterinary medicine, including private and public practice, industrial medicine, academics, and research. The college provides programs of instruction, research, outreach, and service that are in the best interests of the citizens of the state of Alabama, the region, the nation, and the world.