Experienced truck drivers who do their homework can garner a salary between $100,000 and $120,000, and demand for their services is only going to grow, an industry leader says.

“It’s a really, really good time to be a truck driver,” said Reid Dove, 1994 Auburn University graduate and AAA Cooper Transportation CEO. “And they’re good people. They deserve what they are getting.”

Dove made the remarks at the recent Fusion 2022 conference, the fifth annual supply chain symposium hosted by the university and its Harbert College of Business Center for Supply Chain Innovation.

The importance of the trucking/transportation industry was echoed by speakers throughout the event as playing a crucial role in today’s supply chain management, and Dove drove home the point in his speech.

“We are short 80,000 drivers in our industry,” he said, citing 2021 national statistics and what companies are doing to recruit more drivers.

Why are so many drivers needed now and in the near future?

Retirements of longtime, experienced drivers is one leading cause, Dove said, while another is the rapid growth of diverse industries in a strong economy that has become ever more aware of the need for dependable transportation in meeting supply chain demands.

Companies that depend on truck drivers often are having to respond by offering higher salaries, better benefits and more schedule flexibility.

Dove was asked about the future of trucking using electronic vehicles.

That day is coming, perhaps sooner than later, and he embraces it, he said. However, the trucking industry “is not there yet.”

One of the primary challenges is production and availability when comparing traditional diesel fuel to electrical charged trucks, he said, citing an example of trying to plan a limited 200-mile range on an eight-hour charge for each truck in a fleet of 300, “when it takes 14 minutes to fuel a diesel” that can range hundreds more miles.

“That is problematic. This is a problem, and it is going to take time to solve it,” he said, adding that it also is a problem when a charged truck travels its 200 miles “and there is not a place to recharge it.

“Or if it breaks down, and there is not someone who can fix it. We have diesel mechanics. We don’t have many electrical mechanics yet.”

That said, “I don’t doubt the power of innovation, which is beautiful,” Dove said, pointing to a similar time of debate and dramatic change when transportation moved from horse-and-buggy to the earliest gas-powered automobiles.

Electric trucks already are just as powerful to drive, Dove said, and the day will come when innovation will make the change in fuel supply a more likely endeavor.

“There are a lot of people working on the technology of this, and I suspect it will be done right,” he said. “We are very much looking forward to the day that this is available.”

The American Trucking Associations reports that “nearly every good consumed in the U.S. is put on a truck at some point.

“As a result, the trucking industry hauled 72.5% of all freight transported in the United States in 2019, equating to 11.84 billion tons.

“The trucking industry was a $791.7 billion industry in that same year, representing 80.4% of the nation’s freight bill.” 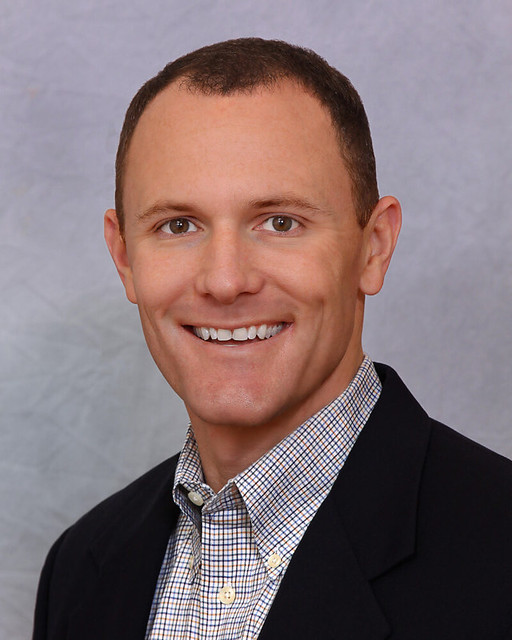 Reid Dove is the CEO of AAA Cooper Transportation and a 1994 Auburn University graduate. 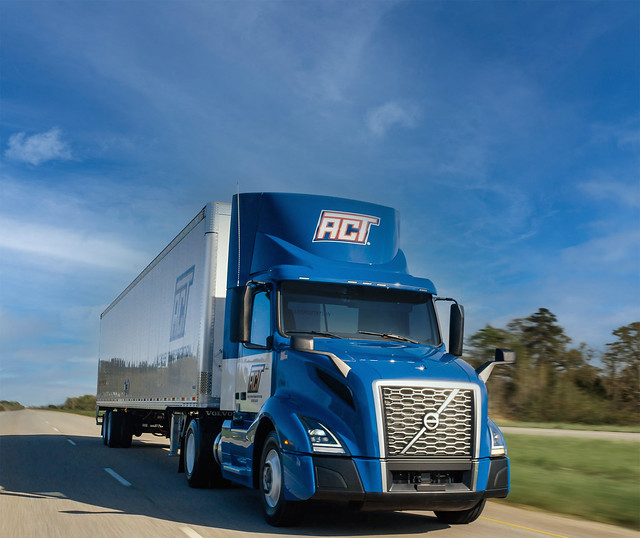 The trucking/transportation industry is short 80,000 truck drivers, according to industry statistics.

The Raymond J. Harbert College of Business at Auburn University is a nationally ranked hub of undergraduate, graduate and continuing business education that is inspiring the next generation of business leaders. World-class faculty deliver unparalleled academic rigor in the classroom, while research-driven scholarship advances thought leadership and best practice in emerging business disciplines. The college’s alumni, friends and corporate partners actively support and engage faculty and students to integrate business theory with practical experience and instill the level of professional proficiency and personal integrity demanded by employers around the globe. Learn more at harbert.auburn.edu.