If you were to ask Army ROTC member and industrial and systems engineering major Jack Schlossberg why he chose to enlist and serve his country, he’d give you a simple, yet telling response: “Because I can, so I should.”

Originally a member of Auburn’s Naval ROTC, Schlossberg switched to Army ROTC his sophomore year. For him, Auburn’s Army ROTC program provided an outlet to grow into a leader by living the Auburn Creed—which speaks to the true ideals and values of the Auburn Family.

“The War Eagle Battalion puts a heavy emphasis on being a ‘servant leader,’ and as a young cadet, this sounded to me like one of those superficial buzz phrases,” Schlossberg said. “But day by day, I have seen this ideal reflected in the actions of our cadets and our leadership.

“Leadership is the human touch, which cultivates sympathy with my fellow men and women and mutual helpfulness and brings happiness for all. If this is the one lesson Auburn leaves me with, I am confident I will achieve my goals.”

After graduating May 6-7, Schlossberg will attend Ordnance Basic Officer Leadership Course at Fort Lee, Virginia, followed by an Explosive Ordnance Disposal qualification course at Eglin Air Force Base in Florida. He will train to lead an Explosive Ordnance Disposal, or EOD, Platoon, which is responsible for the identification and disarming of explosive hazards both abroad and at home.

Schlossberg, of Ellicott City, Maryland, has worked toward this position since his freshman year and believes the work of EOD units relates directly to the Creed.

“They work to make the world a safer place, and that inspires me,” Schlossberg said. “I believe this can be related directly to the seventh stanza of the Creed, ‘doing justly, loving mercy and walking humbly with my God.’”

Kendall Wells decided to tour Auburn because her mother had attended, and from the moment she stepped on campus, it felt like home. For Wells, joining Auburn’s Air Force ROTC was the best decision she’s made, and she has loved every minute of it.

“By joining ROTC, you’re entering a program where the people around you genuinely want to see each other succeed,” Wells said. “It’s given me the opportunity to lead and mentor people, the tools to overcome difficult situations and the freedom to further develop my understanding of the world.”

After walking across the stage at graduation, Wells will begin serving in the prestigious Gold Bar Recruiter Program, or GBRP. The mission of the GBRP is to recruit talented and diverse men and women into the Air and Space Forces. Wells will undergo training at the United States Air Force Academy in Colorado, before serving for a year as a Gold Bar Recruiter.

Wells volunteered for the program due to a backup in the Air Force pilot training program. After her year as a Gold Bar Recruiter, she will work toward her goal of becoming a HH-60 pilot, the Air Force’s premier combat search and rescue helicopter.

“The Gold Bar Recruiter program is such a unique experience and a tremendously fulfilling role,” Wells said. “The Air Force needs more boots on the ground in recruiting, and I can’t wait to recruit the next generation of diverse warfighters.”

The Ocean Springs, Mississippi, native believes that her studies in Human Development and Family Science in the College of Human Sciences have allowed her to gain skills that will be very useful in her military career. Wells’ motivation for serving is to chase after experiences that can’t be found in a desk job and a belief in the promise of her country.

“Just like the Auburn Creed, I believe in my country, and I wholeheartedly believe in our Constitution and what it stands for,” Wells said. “I value our freedom and our ability to choose the life we want to live.

“No matter what people say, we live in the most accepting, culturally diverse country in the world, and I can’t wait to serve the people of this country and give back to the country that gave so much to me.”

After completing her degree in industrial and systems engineering, Naval ROTC member Emily Hamilton will attend Nuclear Power School in Charleston, South Carolina, before dropping below deck as a submarine officer.

Hamilton’s desire to serve her country comes from a place of family heritage and values. Hamilton’s father served in the military, and she says he instilled values to cherish the freedom provided within the United States, inspiring her to enlist and defend that freedom.

Through Auburn’s Naval ROTC program, Hamilton says she has made lifelong connections and learned skills necessary to succeed in her career.

“I have thoroughly enjoyed my time in Naval ROTC,” said Hamilton, a Marietta, Georgia, native. “The program has helped me learn to manage my time well between academics, ROTC, extracurriculars and a social life. I have also learned the importance of taking responsibility for your actions and the outcomes of your actions.

“The skills I’ve learned will not only help me in my military career, but also beyond that.” 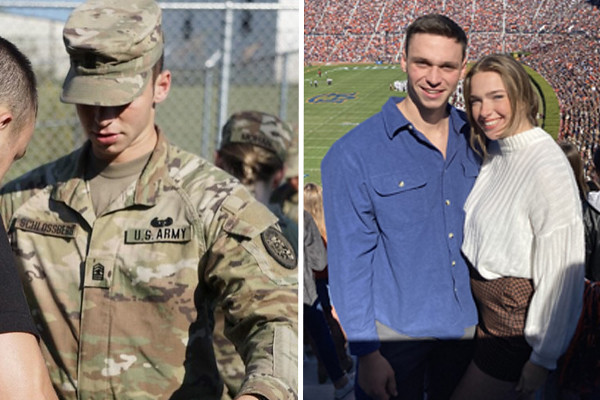 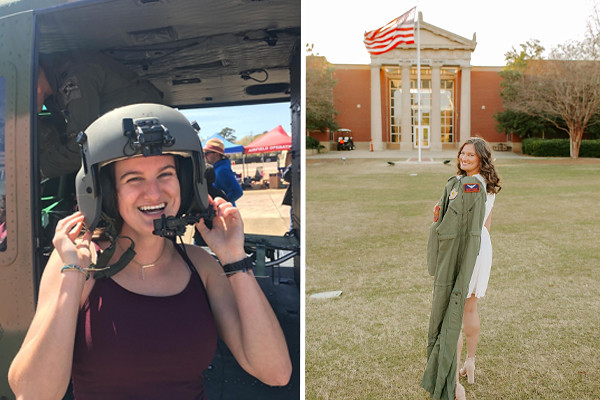 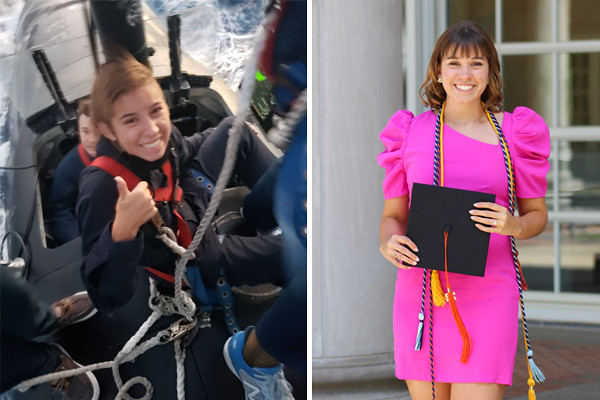 After completing her degree in industrial and systems engineering, Auburn Naval ROTC member Emily Hamilton will attend Nuclear Power School in Charleston, South Carolina, before dropping below deck as a submarine officer.