One of Auburn University’s most respected professors and a biomedical sciences student with immense potential are this year’s recipients of the prestigious Algernon Sydney Sullivan Award.

Scott Kramer, the JE Wilborn Endowed Chair and professor in the College of Architecture, Design and Construction’s McWhorter School of Building Science, and Madison Hogans, a biomedical sciences and pre-med major in the College of Sciences and Mathematics, have been selected for the 2022 honor. The award is given annually by the university to individuals who embody high qualities and nobility of character.

Kramer was selected for his impact in the classroom and the local and global community. The innovative professor helped turn the building science school into a service-learning program and has led numerous teams of students, faculty, industrial professionals and company groups in efforts to improve economically challenged communities around the world, including Ecuador, Haiti and Panama. Kramer and his teams have constructed homes, community centers, churches, medical care centers and schools in those countries using local materials and construction techniques.

Within the McWhorter School of Building Science, he is the service learning coordinator and has helped revise the building science curriculum to require a service learning class for every senior. Kramer’s students work with other faculty and nonprofit organizations to serve community needs in Opelika, Auburn and the Lee County area.

A selfless educator, Kramer encourages his students to build through an iterative process of making, remaking and refining and is highly revered by his students and faculty peers.

Hogans has made the most of her time at Auburn, working hard to become a leader among her fellow students in and out of the classroom. During her freshman year, Hogans participated in EMERGE, a student leadership program on campus, and worked as a student ambassador for the College of Sciences and Mathematics, or COSAM. Also during her freshman year, she worked with Dr. Bruce Smith of the College of Veterinary Medicine on research relating to gene therapy and presented that work at the fall 2020 Phi Zeta Research Day.

She served as vice president of the COSAM ambassadors program from 2020-21. During that time, Hogans led the Black History Month initiative, for which she created a virtual and interactive learning experience that highlighted lesser-known Black leaders in STEM. In her constant quest to help others and make processes easier, the first-generation college student created a 70-page manual about the medical school application process after personally going through the complicated steps. The document lives on the COSAM website and has reached virtually all students in the college.

In addition, SueEllen Marie Broussard, a hospitality management and hotel and restaurant management major, has been selected to receive the W. James Samford Jr. ’72 Memorial Scholarship. The award is named in memory of James Samford, a 1972 Auburn alumnus and member of the Auburn Board of Trustees from 1987 until his death in 2003. Broussard has been a campus leader who has worked with the Be the Match on Campus bone marrow registry and the War Eagle Girls and Plainsmen and was named a Distinguished Young Woman of Marengo County.

The President’s Award and Samford-Cannon Foundation Award recognizes one graduate in each school or college who has completed at least three semesters at Auburn with a minimum grade-point average of 3.40 and possesses outstanding qualities of leadership, citizenship, character and promise of professional ability. All honorees were celebrated at a special awards ceremony on Tuesday, April 12.

This year’s President’s Award honorees are: 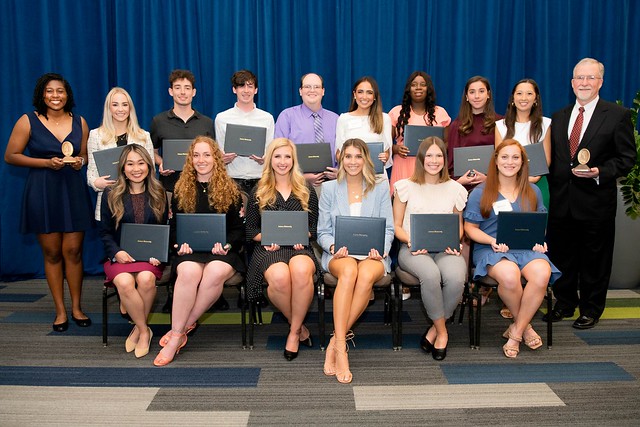 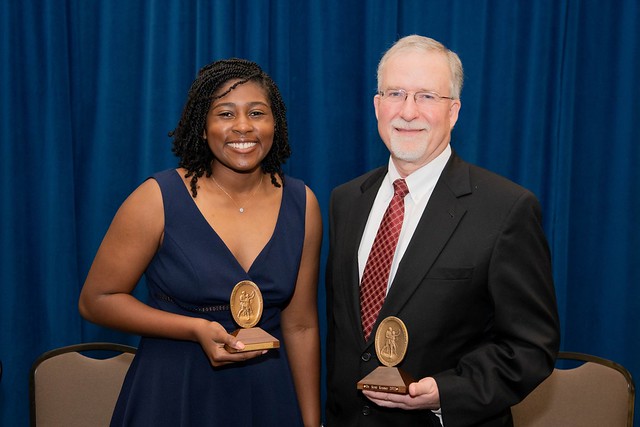 Madison Hogans, a biomedical sciences and pre-med major in Auburn University's College of Sciences and Mathematics, and Scott Kramer, the JE Wilborn Endowed Chair and professor in the College of Architecture, Design and Construction, received the 2022 Algernon Sydney Sullivan Award at this year's President's Awards ceremony.