He still remembers it. It was exciting. Dongye “Don” Zhao was a graduate research assistant at Lehigh University. He got an email from a researcher interested in a paper he’d written a year earlier—his first published in a journal—on trace contaminant sorption through polymeric ligand exchange.

“We had developed a new absorbent material that could selectively remove toxic chemicals such as arsenic and selenate from water,” said Zhao, the Auburn Alumni Engineering Council Professor of Civil and Environmental Engineering. “I was told they would be citing my paper, which made me feel that we were doing something useful. A great encouragement. That was my first citation.”

That was in 1996—210 Science Citation Index-indexed journal papers and 14,529 citations ago. That’s not a typo—it’s some of the hardest work Andy Nowak has ever seen.

“Don is not an average professor,” said Nowak, the Elton and Lois G. Huff Eminent Scholar Chair for the Department of Civil and Environmental Engineering. “He’s a very intelligent individual, but the reason he is so productive is because he’s such a hard worker. When he first got here in 2001, oftentimes it would be late in the evening, and we would be the only two people in the building. He would still be working. Obviously, there are many examples of how that sort of hard work paid off.”

The latest? The Creative Research and Scholarship Award, intended to recognize the research achievements and contributions of Auburn University faculty and part of the 2021 Faculty Awards. Nowak says he can think of few professors more deserving of the honor than Zhao.

In his 20 years at Auburn’s Samuel Ginn College of Engineering, Zhao has led, co-led or participated in more than 40 projects with external funding totaling nearly $9 million. He also has served as a major professor for more than 25 doctoral students and more than 25 Master of Science students, landed editorships for two major international journals—“Frontiers of Environmental Science & Engineering” and “Water Environment Research”—and delivered 124 invited seminars and keynote presentations across the globe.

In addition to putting him among the top 1% of the world’s highly cited researchers, according to Clarivate and the Stanford List of World’s Top Scientists, Zhao’s innovative work in the field of environmental remediation has earned him seven U.S. patents, including several for nanotechnologies developed for the treatment and decontamination of soil and groundwater. He was the first in the world to develop polysaccharide-stabilized nanoparticles for in situ degradation of chlorinated solvents in soil and groundwater, as well as the first to conceptualize in-situ immobilization of metals/metalloids/radionuclides in soil and groundwater using stabilized nanoparticles.

“It is amazing to apply the latest science to developing new cost-effective technologies to clean up contaminated waters,” said Zhao. “It protects human health and also saves millions of dollars in water treatment costs. So, I am pleased that our work, which stems from the many talented students and visiting scholars, has had some impact on the field.”

“Some impact” is one way to put it. Zhao’s work birthed an entirely new research avenue into technologies for remediation of contaminated soil and groundwater using stabilized nanoparticles and inspired literally hundreds of thousands of additional studies. According to Google Scholar, one of the two journal papers reflecting those particular innovations—which resulted in two patents—has been cited 914 times. The other has been cited 721 times.

Not that Zhao is counting. If he did, he wouldn’t have time to change the world. Over the past five years, his research has averaged five citations per day; 12 have come in the past 24 hours.

“But, yes,” Zhao said, smiling, “I’ll still get on Google Scholar every now and then.” 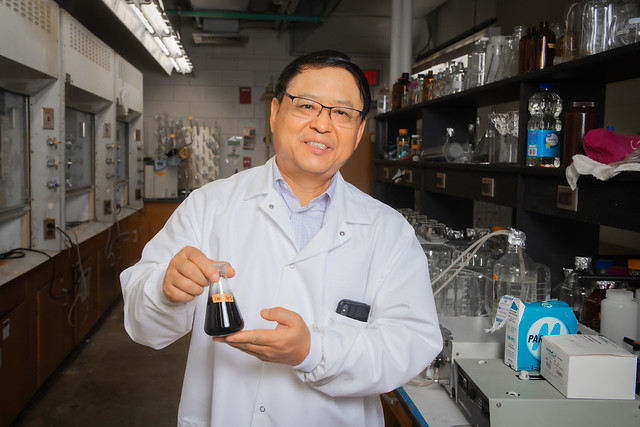 Dongye "Don" Zhao, a longtime professor in the Samuel Ginn College of Engineering, was the Creative Research and Scholarship Award winner at Auburn University's 2021 Faculty Awards. 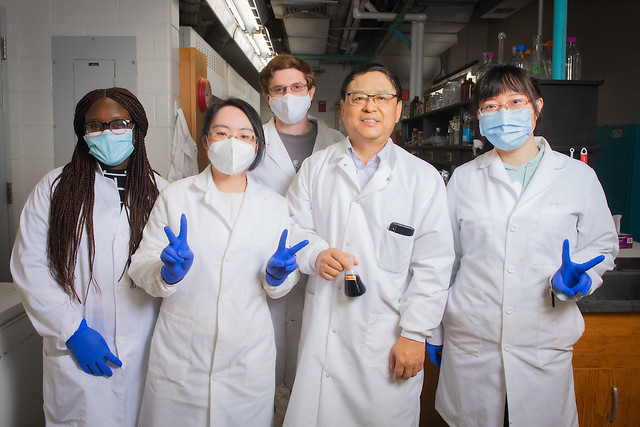 Dongye "Don" Zhao has served as a major professor for more than 25 doctoral students and more than 25 Master of Science students during his 20 years at Auburn University.