Alabama’s iron and steel industry has transformed itself into a greener, cleaner, high-tech producer that remains a robust economic influencer on the state’s economy and a major provider to America’s infrastructure, according to a new economic impact study produced by Auburn University’s Harbert College of Business.

Among the report’s findings:

“The initial project was an economic impact study on the iron and steel industry in Alabama, but what it turned into was a document for the current government and the public to realize the tremendous influence of iron and steel production in this state,” said Grant Stallworth, an Auburn senior in supply chain management who played a lead role in the study.

That influence includes almost 15,000 direct jobs and more than 76,000 indirect jobs, and many of those jobs pay well above average income.

“The average yearly wage of men and women working in Alabama’s iron and steel industry is $99,328, compared to a national average iron and steel manufacturing wage of $86,736,” the impact study reported.

The industry “supports Alabama families by paying $1.48 billion in direct wages and $4.68 billion in indirect wages that are directly traceable to the support of iron and steel manufacturing,” it said. Indirect jobs include a wide range, from suppliers and consultants to retail services, such as convenience stores and restaurants that move specifically into areas serving iron and steel workers.

The direct jobs, meanwhile, aren’t like what people may have seen in pictures from previous decades of manufacturing work, Stallworth said.

“The jobs have shifted to a lot less of unskilled labor to skilled labor, with less heavy lifting and more educated work going on in these iron and steel mills than people realize," he said. "There’s not as much grunt work as people think.”

He attributes that to new technological advances in the production process; and in the growing need for efficient managers, such as those in his field of supply chain management, to ensure raw materials, finished materials, labor, shipping and other factors all fall into place to cut costs and streamline distribution. That’s another area where business schools such as Harbert at Auburn come into play, said Erik Sjolseth, Stallworth’s instructor who supervised the project.

Similar public- and private-sector partnerships involving Harbert include working with nonprofits in the design of warehouses and operational flow to improve food availability in Alabama, identifying solutions to textile manufacturers looking to reduce waste, identifying solutions to international couriers to reduce carbon emissions, among others, he said, “so they really span the spectrum.”

Sjolseth said he was impressed with the findings regarding Alabama’s iron and steel industry and the jobs it provides. Regarding its workers, “people seem to stay there forever, like 40 and 50 years,” he said. “They build good lives for themselves.”

Perhaps more surprising, the researchers said, was learning about the industry’s advancements in becoming cleaner and a major recycling proponent.

Steel, for example, uses new technology, such as an electric arc furnace. “The EAF is great for recycling iron and steel,” Stallworth said. A high-temperature arc is created as a heat source to convert the iron scrap into molten steel.

“Between 95 and 100 percent of the metal used in the production of finished iron and steel products in Alabama comes from recycled scrap,” the study reported.

Another example of what that means, Sjolseth said, is to look at the Eiffel Tower in France, which is more than 100 stories tall and is composed of about 10,100 tons of iron. “The iron and steel industry keeps huge amounts of waste out of landfills. In fact, it keeps more than 38 Eiffel Towers out of landfills per year.”

The project began as a partnership between the trade association Manufacture Alabama and Harbert’s Center for Supply Chain Innovation. Sjolseth said the school would like to see more such interaction between outside entities and the university’s many offerings of talented students eager for professional networking and experience.

“Manufacture Alabama provides staffing support to the Alabama Iron & Steel Council,” Barganier said. "The council, comprised of iron and steel companies with facilities in Alabama, met earlier in the year and deemed it necessary to undertake an updated economic impact study on behalf of the industry.

“From there, the AISC chairman, Maury Gaston (of AMERICAN Ductile Iron Pipe), and I partnered with Auburn University’s Harbert College of Business to take on this project. The goal of the project is to tell the story of the modern iron and steel industry and its vital role to the well-being of Alabama’s economy and the people who work in the various companies. We ultimately wanted a brief document with compelling information that may be used to educate the general public, lawmakers and policy-makers and other stakeholders as well. We feel the report does just that and the story, backed up by factual information, is a compelling one.”

Barganier praised the work of the Auburn students and staff involved with the project, which included senior Tyler Vassar and Glenn Richey, Harbert Eminent Scholar and chair of the Department of Supply Chain Management.

“They were extremely professional and very responsive,” Barganier said. “Almost every week, we held Zoom calls to answer any questions they may have, provide context for them as they conducted the research and generally discuss the status of the project.

“I would recommend more of these types of partnerships, as they are mutually beneficial to both parties,” he said. “I’m even looking to conduct a similar study for another industry sector and would certainly consider AU again.”

Gaston agreed: “I did an earlier, separate project with Auburn’s Harbert College of Business supply chain department and was very pleased. When the Alabama Iron and Steel Council needed this economic impact study, I thought Harbert would be a good resource, and it surely was.”

The economic revelations shared in the iron and steel report shouldn’t come as too big a surprise, Alabama’s Secretary of Commerce Greg Canfield said, pointing to the industry’s historic influence on the state.

“Alabama's iron foundries and steel mills acted as a catalyst in the industrialization of the state's economy going back more than a century, and the industry continues to be an important employer in communities across the state, supporting jobs that pay far above average wages,” Canfield said. “Today, the iron and steel industry in Alabama remains committed to growth, thanks to new investments that will increase production through processes that are sustainable and more environmentally positive.”

Meanwhile, Barganier hopes the new report sends a clear message about the importance of ALL industry and manufacturing in Alabama.

“At Manufacture Alabama, we are blessed to wake up each day and represent a variety of industry sectors,” he said. "I consider our member companies the backbone of Alabama’s economy.

“The hard-working employees take pride in manufacturing items right here in Alabama. Many people take our industry for granted. Rarely do people think about the pipes that transport clean water or sewage. Rarely do they think about the steel beams used to construct buildings or the materials used to manufacture automobiles. It’s an easy group of companies to represent because what they do enhances the quality of life for every resident of our state.” 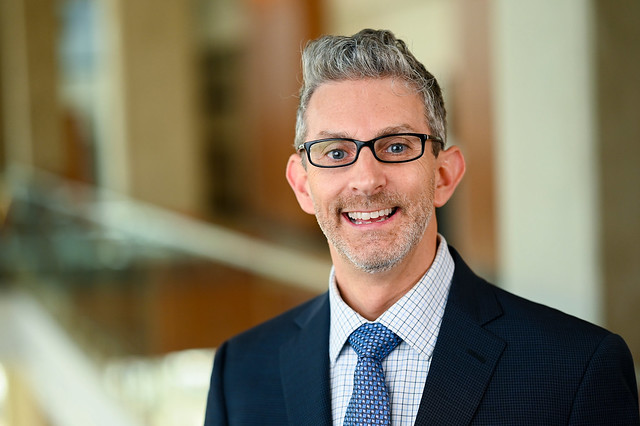 Erik Sjolseth, instructor in the Department of Supply Chain Management in Auburn’s Harbert College of Business, is pictured. 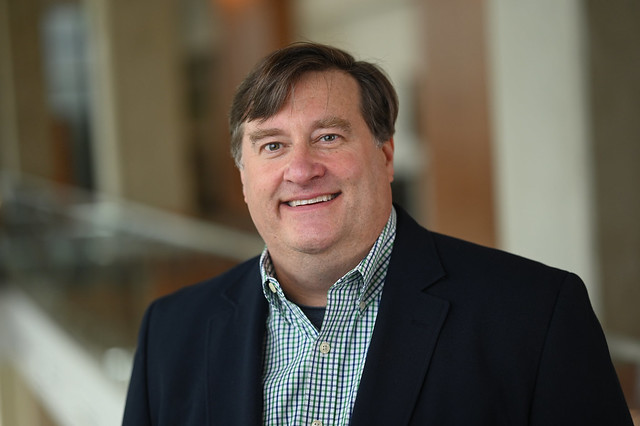 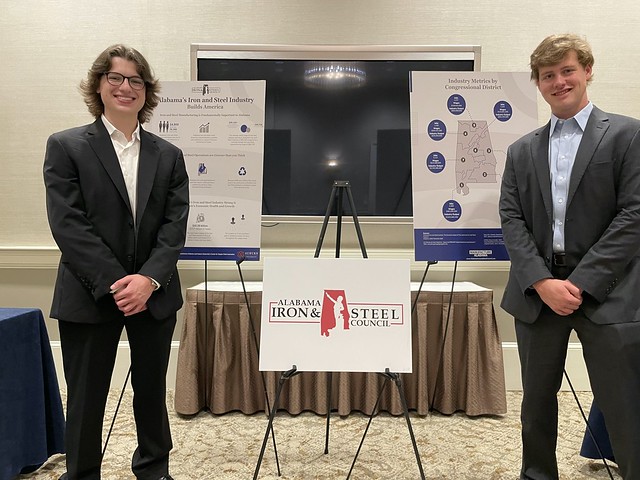