Student leaders in Auburn University’s Minorities in Agriculture, Natural Resources and Related Sciences, or MANRRS, chapter were honored recently for their entries in three components of the nonprofit organization’s national contest.

Sabine Bailey, a master’s degree student in the School of Forestry and Wildlife Sciences and social media chair of Auburn’s MANRRS chapter, earned first place in the Social Media Campaign Challenge for her submission, “Rethinking Diversity.” She won both the regional and national contests, earning the chapter $1,250 to support programs that will expand on-campus resources and outreach.

Bailey began her work on the campaign just a week after she was appointed social media chair for the chapter. She attended three workshops on how to run a successful media campaign hosted by the OBP Marketing Agency and national MANRRS organization.

“Based on the contest topic of ‘Rest and Resilience,’ we decided on the theme of Rethinking Diversity,” Bailey said. “Our goal was to promote the importance of diversity and inclusion in the fields of natural resources and agriculture. This year especially, we've been pushed to think and learn about what diversity, equity and inclusion really mean and how to incorporate these values in our daily and professional lives.”

The campaign highlighted select members, accomplishments, why diversity matters and how diversity makes the MANRRS family at Auburn even stronger, according to Bailey. The social media campaign was posted on Instagram and included photos and texts regarding the theme. Members also created the unique hashtag, #DiverUSty, to share and track campaign posts.

“We're very grateful the national MANRRS office chose our campaign as the nationwide and regional winner of the challenge, and we’re excited to improve the chapter with our winnings,” Bailey said. “We plan to use the funds to support various projects, such as building a website to increase our visibility and outreach on campus, hosting workshops on professional development skills, increasing new member recruitment and the continued support of underrepresented students in roles of leadership in our fields.”

Auburn University MANRRS Advisor and Jr. MANRRS National Committee Co-chair Michelle Cole was excited for the opportunity to showcase the chapter’s talent and drive through the contest.

Jr. MANRRS is the middle and high school component of the program which encourages students to explore natural resources and agriculture careers, especially through higher education.

“We are working hard to create the next generation of natural resource and agriculture professionals by encouraging students in grades seven to 12 to attend college and earn degrees in these fields,” Cole said. “Our program provides activities to help students discover firsthand how forestry, agriculture, engineering and technology relate to the world around them and discover the excitement of academic excellence, leadership, technical development and teamwork.”

Along with the Auburn MANRRS campaign, Cole encouraged local Jr. MANRRS program members to take part in other aspects of the national contest, with Wendell and Hannah Padgett, twins at Life Preparatory Academy in Tallassee, Alabama, being awarded for their submissions.

Wendell Padgett won first place and a prize of $200 for his submission, “Broadening Horizons and Changing the Narrative,” in the national theme contest. His theme will be used for the year on all communications regarding the 36th National Conference.

“This win means a lot to me because I got to compete with my high school peers as well as college students,” he said. “Jr. MANRRS has given me multiple resources and opportunities to learn about forestry, agriculture and other natural sciences, as well as network and build my leadership skills.”

An essay contest encouraged members to gain experience in expressing themselves through the written word. For her essay on “Reclaiming our Time, Territory and Triumph,” Hannah Padgett won the contest and was awarded a $100 prize.

“Winning the essay contest means so much to me because I got to express myself and share my ideas with the national conference,” Hannah Padgett said. “Jr. MANRRS is a great resource for learning more about the professional aspects of natural resources and agriculture science that benefit me now and in the future. I am so thankful that I get to participate in this program.”

Bailey was proud to hear of the students' achievements and involvement in the program, stating, “In addition to the scholastic rewards, Jr. MANRRS is a great bridge to the university-level MANRRS organization.

“Jr. MANRRS members benefit from connecting with Auburn chapter students to talk about similar interests and learn about the varying paths members have taken to achieve their goals.”

More information about Auburn’s MANRRS chapter and the Jr. MANRRS program is available by contacting Cole at coleden@auburn.edu, visiting the chapter’s page on AUInvolve, viewing the club’s Facebook page and following on Instagram. 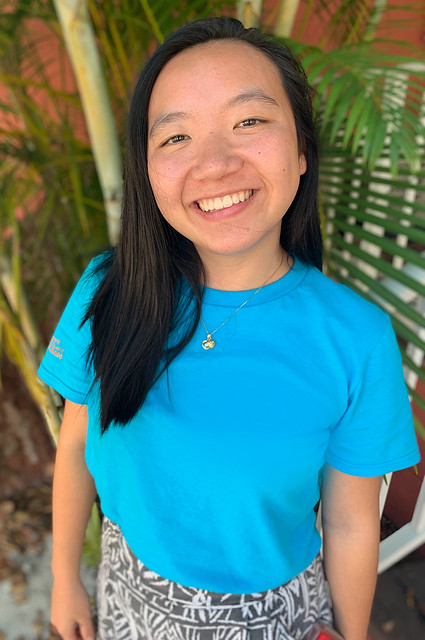 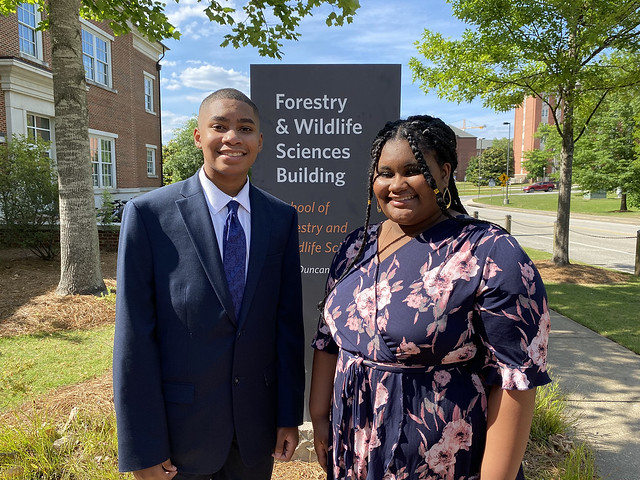 Student leaders of Auburn University’s Minorities in Agriculture, Natural Resources and Related Sciences, or MANRRS, chapter were recently honored for their entries in three components of the non-profit organization’s national contest. Jr. MANRRS members Wendell and Hannah Padgett received awards for their submissions for the theme and essay contests.