A Carrollton, Alabama, native, Lee was the second woman to earn an aerospace engineering degree from Auburn. Following her graduation in 1969, Lee began a 45-year career with Heritage McDonnell Douglas Co., now part of Boeing. After joining the company as an associate engineer, Lee was instrumental in designing, developing and testing several aircraft, including the DC-10, F-4, F-15, F/A-18, T-45, AV-8, and other special programs across the country.

Recognized as a trailblazer in aerospace engineering and aviation, Lee holds the distinction of being the first civilian woman to fly the F-15 Eagle, logging more than an hour during testing. After a career that encompassed extensive work in mechanical and structural design, test and evaluation engineering and multi-skill engineering management, Lee retired from Boeing in 2014.

A champion for women in engineering and aviation, Lee has mentored generations of Auburn students throughout her career. She further advocates for women pursuing careers in the industries through her work with organizations such as Women in Aviation International, Whirly-Girls and Ninety-Nines. Lee frequently shares her message of passion and purpose with students across the university, something she hopes will inspire Auburn’s summer graduates.

“I am honored to share in the accomplishments of our graduates as this summer’s commencement speaker,” said Lee. “While this has most certainly been a challenging year for our students, I know they will graduate from Auburn with a solid foundation for success and a set of shared values not found at any other institution.”

Among her many accolades, Lee was inducted in the Women in Aviation Pioneers Hall of Fame in 2004 and recognized in the 2014 Boeing book, “Trailblazers: The Women of the Boeing Company.” In 2016, Lee was inducted into the Alabama Engineering Hall of Fame and was awarded the Auburn Alumni Association’s Lifetime Achievement Award in 2017. Lee is also a current and founding board member of Women in Aviation International, a past international president and board member emerita of Whirly-Girls and board of trustees member and past governor of The Ninety-Nines, and international organization of licensed women pilots. She holds a commercial pilot’s license with instrument, multi-engine and helicopter ratings from the Federal Aviation Administration.

The commencement address is the first event of the university’s graduation weekend, beginning at 5:30 p.m., Friday, Aug. 6, at Auburn Arena. The event is open to all graduates and families. In addition to Lee’s keynote address, the evening will include the group recognition of graduates with academic honors, conferral of degrees by the Auburn University Board of Trustees and the Graduate School ceremony for master’s and doctoral graduates. Due to August temperatures, all undergraduate commencement exercises will be held in the arena Saturday, Aug. 7, with opportunities for graduate and family photographs inside Jordan-Hare Stadium immediately following the ceremonies. Additional information is available on the commencement website, and information will be posted on the Facebook and Instagram accounts.

All ceremonies will be livestreamed, with recordings available on the commencement website following the weekend festivities. Graduates and their families are encouraged to check the website regularly for updated information. 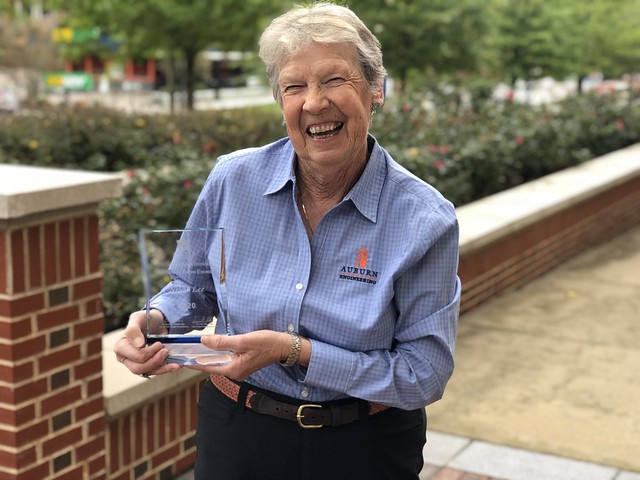