On Thursday, March 24, the Office of International Programs hosted a reception to welcome the Taiwanese Ambassador Bi-khim Hsiao to Auburn University and celebrate the longstanding relationship the institution has with Taiwan and its partnership with National Cheng Kung University, or NCKU. In attendance were President Gogue and other prominent leaders from Auburn’s campus units.

At the event, Assistant Provost Andrew Gillespie addressed the crowd to share some of the past, current and future initiatives the Office of International Programs has and hopes to establish with Taiwan and NCKU, including the exploration of a Chinese-language center at Auburn. Back in September 2021, a joint agreement was signed by Auburn and NCKU to establish close academic ties and foster the learning of Mandarin and English by students of the respective institutions through faculty and student exchange. Currently, three Auburn students are studying abroad in Taiwan at NCKU. They were all awarded the Chinese Language Scholarship, an outcome of the joint agreement, which covers students’ tuition and travel and provides a monthly stipend.

At the reception, President Gogue shared Auburn’s beginnings as a land-grant institution with Ambassador Hsiao and how that core characteristic in combination with the mission to produce global citizens that improve the state, nation and world has been the driving force behind Auburn’s initiatives and partnerships worldwide. In turn, Ambassador Hsiao shared some parallels between Auburn’s story and its traditions and that of the Taiwanese culture, specifically at NCKU. NCKU is in Tainan City, where Ambassador Hsiao grew up, and its location in the southern region of Taiwan lends it an air of “southern hospitality” as well.

Following the warm welcome and remarks by President Gogue and Ambassador Hsiao, the two exchanged gifts and the attendees enjoyed hors d'oeuvres and refreshments. The rest of the reception was spent with attendees, including Taiwanese faculty members and current Mandarin-language students, conversing with the ambassador and celebrating the partnership between Auburn and NCKU.

Once the reception concluded, Ambassador Hsiao witnessed the NCKU Mandarin-language instructor teach a Chinese language workshop. The workshop was an encouraging and validating account of the importance of Auburn’s partnership with NCKU.

Overall, the goal of Auburn’s agreement with NCKU is to promote joint educational and cultural collaboration, and in turn establish a long-lasting friendship and cooperative partnership that enhances the educational experience at both institutions – results we are already witnessing and from which we are already receiving value. 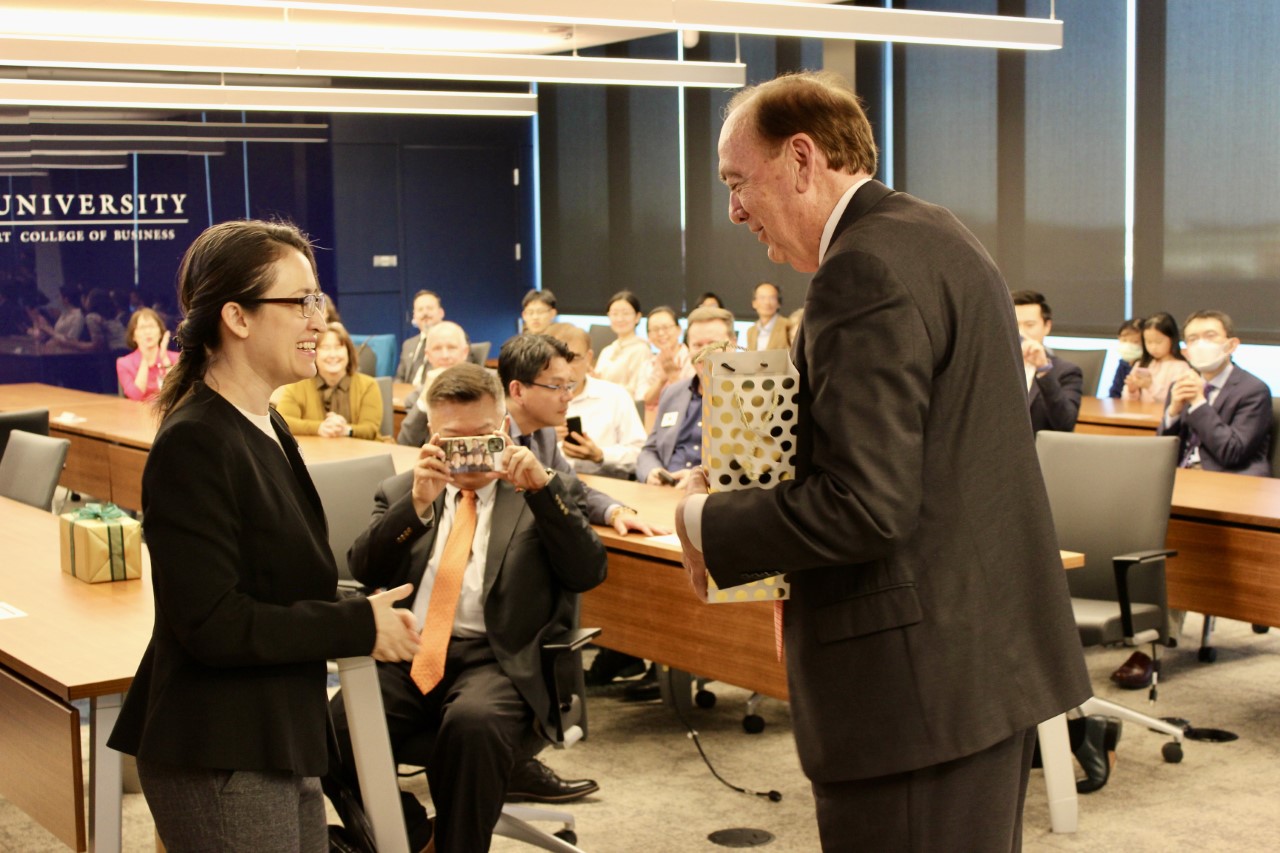