Food, apart from its life-sustaining role, brings people together and transcends individuals, languages and cultures. The International Cultural Center in the Office of International Programs organized the “Taste of the African Diaspora” in February to commemorate Black History/Heritage Month. The series of culture and cuisine classes explored the influence of African Americans on U.S. culinary traditions and illustrated the commonalities and differences that exist between Africa and the Black American culinary heritage.

The classes, co-facilitated by Joan Harrell, diversity officer and lecturer in the School of Communication and Journalism and Katrina Akande, assistant professor in the Department of Human Development and Family Studies, focused on the transatlantic food migration and its influence on ingredients, methods of food preparation and “soul food”, which is recognized as the cuisine of African Americans.

“Soul food has its root in West Africa, specifically the Congo,” said Harrell, who also gave an intriguing historical background on how the macaroni and cheese recipe was discovered by James Hemings, an African American enslaved chef to Thomas Jefferson.

Inside the Spidle Hall kitchen, participants had the opportunity to prepare, cook and sample baked macaroni and cheese and fried okra recipes, during which the attendees compared the preparation techniques for okra in some differing Africa countries. After tasting the African American dish, Chidinma Odili, one of the student participants, said she could immediately tell the difference.

“African food is spicy and flavorful because of our use of many chili varieties and aromatic herbs,” said Adeola Fayemi, inclusion and diversity manager in the Office of International Programs. She noted that authentic African food is usually spicy because indigenous African people use heating agents such as ginger root, garlic and especially chili pepper in their recipes, while African American cuisine uses a bit more sugar and less chili, making the dishes sweet.

Participants expressed their appreciation to organizers for putting together such an engaging program. Most were surprised to learn the similarities and differences that exist between the foods eaten by the African America community and some African countries. Many also shared that the class gave them an opportunity to ask complex questions about other cultures and seek answers that reflect multiple cultural perspectives.

The ICC’s Culture and Cuisine Classes are designed to provide an immersive cultural experience that highlight the food and cuisine of different countries as a portal to connection with their cultures. Class facilitators are usually natives of the country being discussed and as they express their cultural knowledge and traditions, participants engage in a hands-on cooking demonstration and food sampling session over conversations that create connection, understanding and campus community.

To learn more about the ICC and their programs, visit the Office of International Programs’ website. 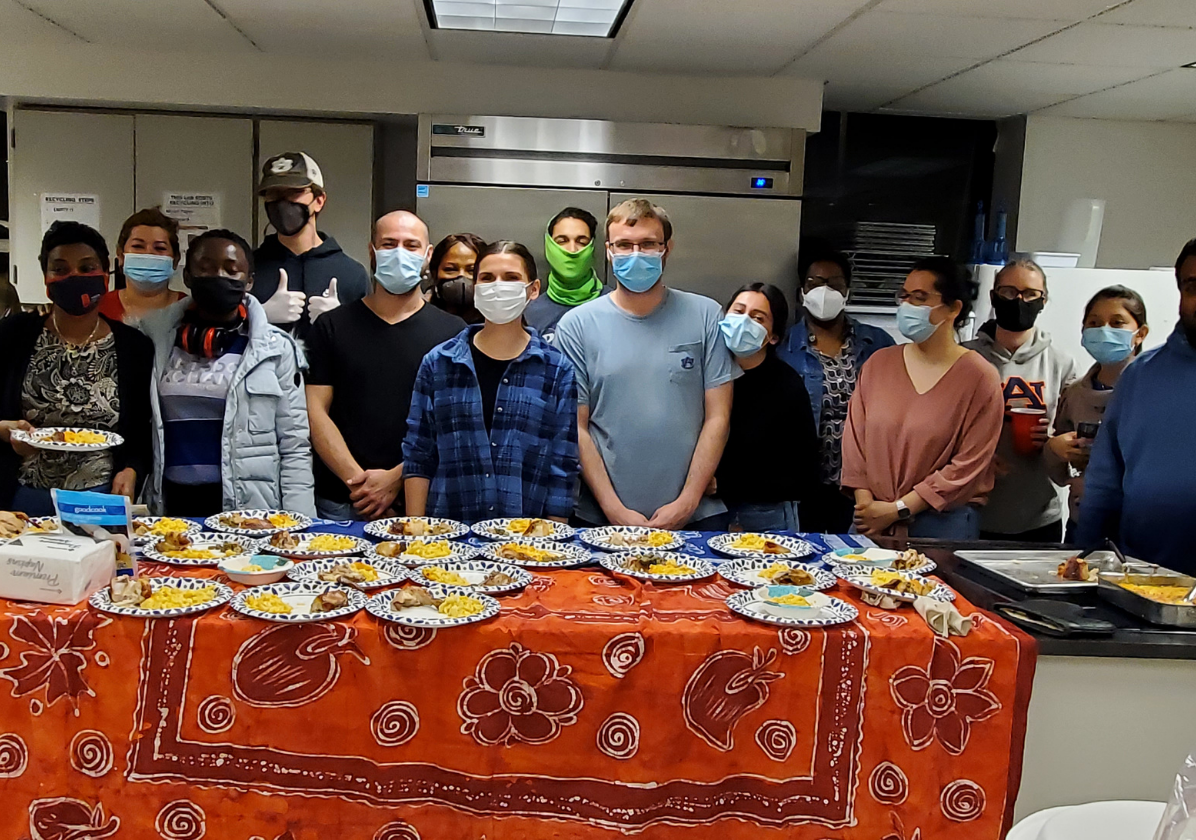 The International Cultural Center in the Office of International Programs recently organized the “Taste of the African Diaspora” in February to commemorate Black History/Heritage Month.